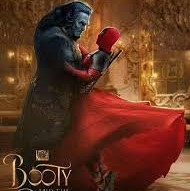 [pullquote]If you’re a Disney Princess fan, you might not exactly appreciate Disney’s Prince of Gab, Deadpool.[/pullquote] And here we get a little in-joke about the other Disney Marvel heroic ensembles: with nods to the Avengers, X-Men, and…Betsy? I don’t know which franchise Betsy’s from.

Also, we learn a new term (presumably not new to comic book fans) — the X-Force. The official trailers seem to be about assembling Deadpool’s X-Force entourage, but the term isn’t part of common parlance just yet. I’m sure it will be by this weekend, when Deadpool spurts across America (<—- sorry for that off-color joke. Deadpool’s naughty-ness “rubs off”...)

Beauty and the Beast fans will recognize this as the live-action Gaston Song, which is great in itself, and included below for comparisony fun. Both movies are officially Disney nowadays, so it shouldn’t offend too much. Plus, the news is that Deadpool the Musical won a Webby Award for Best Writing. It’s a nugget of sweet, sweet weirdness:

Read our review of the live action version of Beauty and the Beast, and every Deadpool article on RunPee.com.

Finally, here are some links to both movie soundtracks: