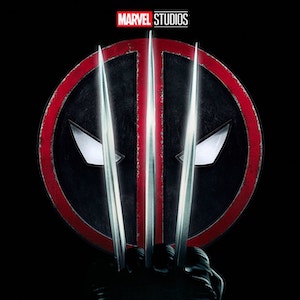 Deadpool is one of those areas of the greater Marvel Universe which is a blank to me. I’ve said elsewhere that I preferred Marvel comics over the DC ones. However, I stopped reading comics of any flavour back in the early seventies. As a result, I’d never heard of Deadpool before the film came out. To be honest, any character that doesn’t appear in either The Avengers or the Justice League I’ve never heard of them!

Wade Wilson is a bit of a scum bag who works as hired muscle for bad guys after being dishonourably discharged from the Special Forces. But even scum bags can fall in love (which he does) and catch cancer (which he also does). He gets offered a radical cure involving gene therapy. Upside = the cancer is cured. Upper side = his body can sustain any level of damage and repair itself. Down side = he is badly disfigured, looking like a burn victim. So now he’s an indestructible super hero who now goes after the bad guys and is being head hunted by the X-Men.

This time out direction is being handled by Shawn Levy and writing by Wendy Molyneux and Lizzie Molyneux-Logelin. All three are new to the franchise.

At the time of writing we’re looking at 6th September 2024 but you know how these things go!

Not so much a trailer…

Ryan Reynolds, Leslie Uggams, and TJ Miller are reprising their roles from the previous two outings. However, the big news is that Ryan Reynolds’ real life friend, Hugh Jackman, is joining the cast. There’s bound to be more people signing on but nothing’s been publicised yet.

Characters, So Far, In Deadpool

Apart from the returners, Hugh Jackman is joining as Wolverine. This is all down to grown up stuff involving rights being sorted out and the people who had owned the Deadpool character have now got together with the people who own the MCU and they’re bringing everyone together like one big happy family.

It’s hard to say what you’ll need to know going into this one. They have to address the issue of Wolverine coming back to life; his death has already been acknowledged in Deadpool 2. No other details are available yet.

As for nearly every other film or TV series, it’ll all depend on how much the profit comes in at. Personally though, I think this should do quite well. The Deadpool franchise is proving to be very popular thanks to hitting the balance between humour and action right in the sweet spot.

chevron_left Casino Royale – 1967 vs 2006
Is there anything extra during the end credits of Amsterdam? chevron_right