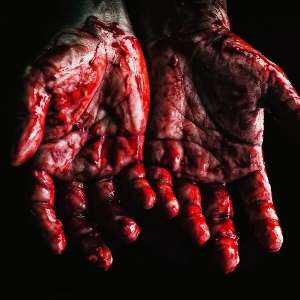 The students in horror movie trope is an evergreen in Hollywood. I admit, there’s something special about it all. It can be anything. A mysterious murderer in a chilling costume, a bunch of students receiving a tape or letter that predicts their death, or a lone student that knows what is going on and going out of their way to try and rescue the rest from what is certain doom. These movies not only allow you to get a much needed bout of nostalgia, but also give some of that much needed spice to your life.

So what makes these movies so valuable? I would say it comes down to their incredibly good plots, the chilling backstories, the warning that says “based on a true story” on the screen before the movie starts, and all the action that ensues. Horror films set in college have made the horror movie genre rather popular. In fact, one might argue that the action and youth they lend to the genre are one of the main reasons it continues to capture such large audiences.

Another reason why I love college horror movies so much is that they have a way of dispelling monotony from everyday life. They invite you into a terrifying universe where you can experience your most mind-numbing fears.


And while we’re here talking about the scariest teen flicks, why don’t we make a list of the scariest ones of all time? That way, you’ll have a list of things stronger than coffee to help you stay awake at your next midterms or practicing some essay writing for college applicants. Ready? Let’s go!

This is one of the most popular teenage horror flicks of all time, featuring a merry bunch of fearless and active teenagers. It’s all about survival in this movie, as viewers are treated to some of the most maliciously conceived murder techniques in the slasher film category.

We have the typical group of friends with a likable female protagonist and an egomaniac jerk, and of course a good number of atrocious murders. There is a good flow of chilling events.

The real charm of this movie lies in multiple areas: one of those is the rather interesting plot while the other is the featuring of two teenage superstars of the ‘90s. These are none other than Jennifer Love Hewitt and Freddie Prince Jr.

This movie came from the same mastermind who gave us that popular one: A Nightmare on Elm Street. This film is filled with slaughtering and gore, and was once considered the quintessential college horror film for US teenagers. It has since moved into the horror hall of fame, growing so famous that it has entered cliche-dom.

The plot centers around an unknown killer making a series of rather gruesome murders. It’s not just any kind of badly done film, but promises to have you on the edge of your seat (and perhaps behind it as you hide sometimes). This is one of those movies that will remain a classic for many decades after it was released.

Having a killer you can see (or at least you’re sure they’re human, even if you can’t see their face) is one thing, but what if you’re dealing with supernatural forces beyond your craziest imagination?

There are many powerful and malicious forces at work in the universe, and Final Destination demonstrates to us how much of a danger they can be when they’re out for blood.

This movie explores the twin concepts of death and fate, which is well illustrated in the title. It blends gory chains events with the intangible but ever-present force of nature that is death. According to many, this is what makes this movie so appealing compared to others in the horror genre.

This is based on an epic novel, and just like the novel, it does not disappoint in terms of what it brings to the table. This horror movie is full of gore and is famous for both its plot and the underlying social themes it communicates.

This movie has a lot of interesting things to say about bullying and the social dangers it creates. It follows Carrie, the protagonist, who is ruthlessly harassed. It just so turns out that she has supernatural powers, and she sets out to use them to take revenge on the people who have harassed her. It certainly has a parable for modern audiences about the things that need to be fixed in our school systems.]

Unfriended goes out of its way to ignore many of the conventions of film making. This whole movie tells its stories via computer screen displays, where you will see the emotional conversations the characters have, as well as their horrified faces. In many ways, this was a precursor to Black Mirror, as it shows us how our addiction to the online world has taken over our lives.

And that’s it. As you can see, all you need to stay awake is a horror movie. It’s an enthralling way to keep yourself alert and entertain yourself in those periods when you feel overwhelmed by your studies. Start with the 5 in this list. They’ll act as your gateway to the entertaining rabbit hole that is horror movies.

Paul Calderon is a writer and editor with a focus on technology, education, and entertainment. He enjoys writing interesting articles to help his readers understand complex topics, as well as entertain themselves. When he’s not writing, he likes to learn computer science on the side.