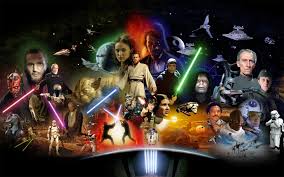 May the 4th Be With You.  Are you celebrating Star Wars Day? You don’t want to miss a single scene in a new Star Wars film, but with the RunPee app,  suffering will not be your lot in life. We’ll tell you when you can sneak out for a quick bathroom break and not miss the best scenes.

To honor Star Wars Day, here’s a list of iconic scenes you wouldn’t have missed if you had the RunPee App. Suffice to say, SPOILERS LIE AHEAD, MATEY. Stop right here if you aren’t up to speed through The Last Jedi.

We will start, of course, with the best moment in cinematic history…

What did I miss? Add your favorite scenes in the comments below. UPDATE: Feel free to discuss Rise of Skywalker…some good set pieces there too! Since I just watched it, I have to digest it a while.