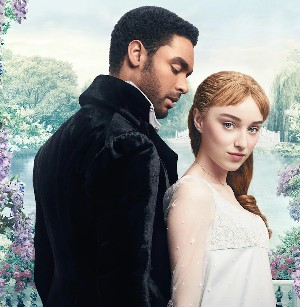 Netflix’s Bridgerton is one of the most popular shows today and the number of people who don’t know about the show is quite small. Bridgerton is a TV series set during the Regency era of Britain’s history and follows the private lives of the British high society. Although the concept is not completely original, this period drama has captivated the hearts of fans around the world, and that is what made Bridgerton so popular. In today’s article, we are going to give you a list of 10 other TV shows similar to Bridgerton that you’ll love if you loved the main show. Here we go:

1. The Great
Hulu’s series about Catherine the Great, one of Imperial Russia’s greatest leaders, is a brilliant period drama about a great ruler and her endeavors to make her home country a better place. It is similar to Bridgerton in several ways, and it contains just the right amount of history, drama and entertainment to captivate your attention.


2. Pride and Prejudice
BBC’s classic adaptation of Jane Austen’s most famous novel is a period film that depicts one of the most interesting love stories ever written. The show was an enormous hit for BBC and is today a part of television history and a TV show you definitely have to watch. It might not be as juicy as Bridgerton, but it’s definitely more important historically.

3. Harlots
Harlots, another Hulu original series, is like a poor man’s version of Bridgerton. It is set in the same period of history as Bridgerton, but in a very different part of London and follows a brothel owner as she struggles to give her two daughters a better life. It has a very different approach to social issues, but it is a very empowering show for women and despite the main character’s occupation, it is very
feminist in nature.

4. Gentleman Jack
Set during the 1800s, Gentleman Jack is a period drama based on the true story of Anne Lister, a lesbian and landowner in a period where both things were practically impossible. Lister documented her life and these writings became a basis for the popular TV show that is airing on BBC. Gentleman Jack is not just important, it is also a fun piece of history that you should definitely watch.

5. Downton Abbey
Downton Abbey has become a true modern classic. A show beloved by many around the world, Downton Abbey is one of the best pieces of period drama in recent years and its portrayal of Britain’s society several centuries after Bridgerton was absolutely amazing. The series is critically acclaimed and is certainly a show you have to see, even if you’re not a die-hard fan of such TV shows. Downton Abbey is certainly worth it.

6. Belgravia
This series is set in the 19th century and offers enough drama and intrigue to be listed here. Belgravia has a somewhat similar plotline to Bridgerton, but is more of an alternative take to the possibilities presented in the show. Belgravia is highly intense and entertaining as it tackles the norms of 19th – century Britain and we certainly think you’ll enjoy yourselves by watching it.

7. Dickinson
Apple TV+ has done an amazing job with Dickinson. Based on the life of famed American poet Emily Dickinson, the show is a very modern and feminist take on actual historical fact, that not only empowers women, but it also changes how the poet is perceived – she is usually perceived as a melancholic persona, but the show shows that he was a very different person than that. It’s not a classical period biopic, but it is based on historical facts and it is quite entertaining, so we definitely recommend it if you liked Bridgerton.

8. Vanity Fair
William Makepeace Thackeray’s famous novel is still a classic of English literature and is well-known for its satirical take on the Regency era and the struggles of a commoner to enter the higher classes of English society. Sounds familiar? This period drama has a lot of similarities with Bridgerton, although it is more serious than that show. The production is great and this well-known story certainly deserved a proper adaptation, which it definitely got with this show.

9. Lost in Austen
We’ve already had Pride and Prejudice on the list and this show is basically Pride and Prejudice, but with a twist. Namely, the protagonist, a girl from the 21 st century swaps places with Austen’s fictional heroine, Elizabeth Bennett, the protagonist of the aforementioned novel. It is a very humorous take on the story, but it’s a truly interesting piece of television that gives you an insight into how modern society would behave during a clash with Austen’s time and space.

10. Outlander
Outlander is a show that is similar to Bridgerton in many ways. It is a modern take on a historical period – although, we’re talking about the 18 th century in this case – and it is mostly based on a series of romantic novels. The show gives us a modern look at historical facts and settings and is highly entertaining in almost every aspect. There is absolutely enough to entertain you, there are a lot of intrigues and steamy romance which is certainly going to captivate your attention. The characters are likewise great and you’ll be able to follow their stories with passion and appreciate the brilliant writing behind the whole concept. And that’s it for today. If you loved Bridgerton, you’ll certainly love these ten shows and we strongly advise you to give them a try once you have the time. Also, don’t forget to follow us for more of the same!