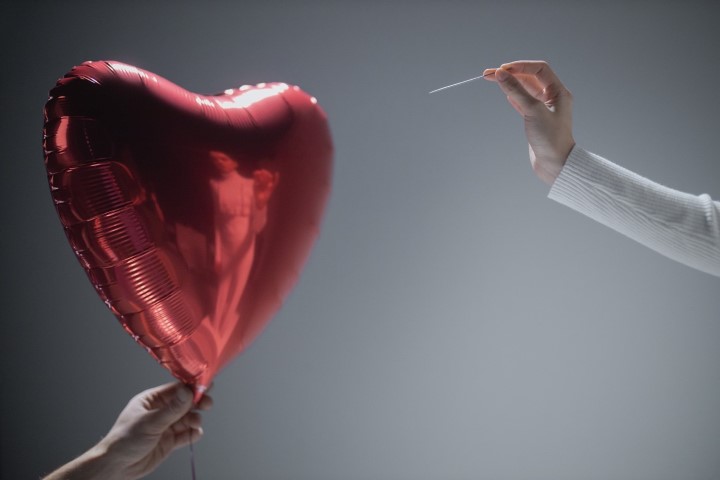 Divorces can make you feel incredibly lonely, so here are 10 films to prove that you’re not alone and that you should never give up on love…

Unfortunately, 42 per cent of marriages end in divorce, meaning there’s a one in two chance your relationship won’t end well. Problems arise for a variety of reasons – from financial disagreements through to adultery and different perspectives on life.

Though you may be unable to prevent your divorce from happening, there are ways to make the divorce process easier and less stressful. Talk to a therapist about your mental health, secure your finances with a financial remedy order, or take up a new hobby to take your mind off things.


Try to fill your time doing things you enjoy, so you don’t have time to dwell on the past. If you do find yourself alone, why not have a solo movie night instead? In this article, we’ve handpicked 10 of the best films to watch whilst going through a divorce, so you never have to feel lonely again…

10 Must-See Films That All Divorcees Can Relate To

The perfect feel-good find yourself film! The main character, Julia Roberts, makes a drastic decision after realising that she’s in an unhappy marriage and embarks on a once in a lifetime trip to Italy, India, and Bali. This film will have you feeling positive in no time and tempt you to book flights immediately. You know what they say… catch flights, not feelings.

When Cal (played by Steve Carell) is told by his wife that she wants a divorce and that she has been cheating on him, his life is turned upside down. Cue smooth talker (and dresser) Ryan Gosling to encourage Cal to take on a new lease of life. Hilarious, emotional, and not so relatable, this film is bound to take your mind off your divorce.

This film follows three college friends who reunite after their ex-husbands leave them for younger women. All three friends join forces to seek revenge and show that you don’t always need a fairy-tale ending. A light-hearted, must-see, for when you’re going through a divorce.

Kramer vs. Kramer is an emotional movie that takes a thoughtful look at the fallout of divorce. It follows the journey of Ted who is blindsided when his wife Joanna and their young son leave him. What follows is a bitter custody battle. This film took home five Oscars at the 52nd Academy Awards in 1980 and is definitely one to watch if you’re needing a cry.

This melancholy story follows the courtship of a modern-day married couple and examines the demise of their relationship. It looks at their life in different time periods and gives examples of when a relationship is coming to an end. Have the tissues ready for this one.

This romantic comedy focuses on Frances, who escapes to Tuscany after her failed marriage. Here she finds her new dream – a crumbled down villa. In this film, you’ll see Frances experience anger, frustration, and sadness, which give way to acceptance, peace and eventually romance. Sound familiar?

If you’re considering a divorce, this is an essential break-up film to watch. You’ll encounter infidelity and heartbreak, alongside a series of hilarious jokes and scenes that tell a story of new love and life at your lowest point. With several famous faces, this film is bound to keep you hooked and cheer you up when you’re feeling blue.

This film is anything but a happy-go-lucky story of young love. Tom revisits the one-year journey he shared with Summer, the girl he thought he could spend the rest of his life with. Summer, on the other hand, does not believe in relationships or boyfriends.

The real heart of this movie is the breakup that takes up a large portion of the runtime as Tom tries to figure out what went wrong. It’s certainly not the happiest of stories but comes at the situation from a realistic viewpoint.

The perfect film to escape to, to forget your own worries, and to focus on other people’s situations rather than your own. This film follows a large ensemble cast and the stories of four main relationships. All the characters deal with loss, love, and the breakdown of a relationship.

This story follows Meryl Streep and Alec Baldwin’s characters as they embark on a journey of marriage and divorce. These exes take a walk down memory lane and delve into the ‘what if’s’ of their divorce whilst also discussing the effect their divorce had on their children.

Described as beautiful, brilliant, and hilarious in parts, it’s a must-watch for those going through something similar.

Still Feeling Alone After Your Divorce?

If you’re struggling to remain positive during or after your divorce, talk to your friends and family, or arrange a session with a therapist. To distract yourself on your down days, go for a walk, watch a film, or meet up with a friend. Remember, you’re never alone and there’s always help there if you need it.

In this article, we’ve suggested 10 films to take your mind off things, varying from the heartfelt to funny. If you have any film suggestions to get divorcees feeling good about themselves again, let us know in the comments below.