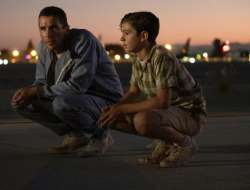 Peter Miles was 14 years old — almost 15 —  at the time of his father’s fatal crash. Shortly after his father’s death, Peter went to work for Ken’s friend Dick Troutman at the Troutman and Barnes custom car shop in Culver City, CA. Peter worked there for 14 years.

Peter joined Precision Performance Inc. in 1986. He started out as a fabricator, and then became a mechanic, before advancing to the position of crew chief. Peter was the crew chief for Ivan Stewart when Stewart won the 1991 Nissan 400 in Nevada.

In a 2019 interview, Peter revealed that the last time he went to Le Mans was in 1965 with his father Ken.