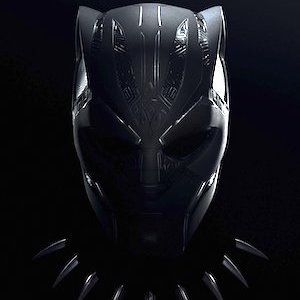 Of all the films in the Marvel Cinematic Universe, Black Panther: Wakanda Forever may well be one of the most anticipated…possibly even more than the Infinity War/Endgame coupling. This is the first MCU film to be released following the real-world demise of a leading actor. The studio decided not to recast the role; personally, I think John David Washington would have been a great Black Panther.

What is Black Panther: Wakanda Forever?

Black Panther: Wakanda Forever was to have been a continuation of the story set up in Black Panther (2018). The tragic and untimely death of Chadwick Boseman in 2020 has meant that that has had to change, and this film has now become a tale of the leaders of Wakanda fighting to protect their nation from invading forces in the wake of King T’Challa’s death.

Ryan Coogler returns as director and co-writer with Joe Robert Cole. Autumn Durald takes over as cinematographer from Rachel Morrison. The talented Ludwig Göransson (who got his start on the cult TV series Community) returns to take care of the music.

Black Panther: Wakanda Forever is scheduled for a US release on 11th of November 2022. It was previously scheduled for release on May 6th and then on July 8th, 2022. Let’s hope it’s the third time lucky!

As well as T’Challa’s family and friends, there are appearances by the various River, Mountain, Merchant, and Border tribes of Wakanda. And let us not forget the awesome Dora Milaje…the all-female elite special forces acting as bodyguards to the royal family.

There are rumors that Shuri may step into the Black Panther armor, but that is mainly based on a Lego set!

Normally I’d say that you would have had to have watched the earlier Black Panther outings; Captain America: Civil War, Black Panther, Avengers: Infinity War, and Avengers: Endgame. Any continuity has had to be re-written, but the publicity surrounding Chadwick’s death means everyone is aware of the situation.

There was much speculation regarding whether or not they would or should recast the role of T’Challa.

After all, the MCU is not above recasting a role — Bruce Banner, James “Rhodey” Rhodes, Cassie Lang, Howard Stark, and even Thanos have all had face changes. In the What If…? series, several actors — like Black Widow’s Scarlett Johansson — didn’t join in on the fun and needed new voice casting.

There will be further Marvel films. Of that, there can be no doubt. What is not known is whether there will be any more films based in Wakanda. Usually, whether sequels are made is all down to box office returns: I think this strand of the MCU may also be dependent on audience acceptance…