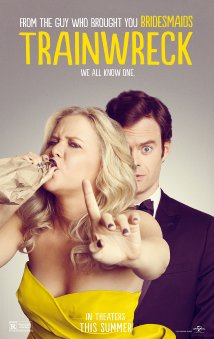 This movie just made my top three funniest movies ever! I laughed the entire time. Do you guys know how hard it is to take notes while wiping tears from your eyes? I’m going back to see it tomorrow just so I can catch the things I missed while working.

I usually get to the theater an hour before the show starts and was surprised to see the theater full already. It was packed. The movie began and it was a continual roar from the audience for the next two hours.


So I found out that Amy Schumer wrote this. I knew she was funny but I had no idea what she was capable of. Her writing and acting are stupendous. She’s one of my new favorites to watch. It wasn’t just her that was super funny. LeBron James. He’s a scene stealer. I laughed so hard during some of his scenes that I actually snorted. Who knew?

The whole cast seemed to be friends that had super charged chemistry. It just worked. This was the first movie ever that I laughed during a funeral scene. As did the rest of the audience, so I’m not heartless, or maybe I am but so was everyone else.

I really recommend seeing this movie. You’ll have a great time during the movie and a great time afterward talking about the funny lines. Hurry up, go!

chevron_left Is there anything extra during the end credits of Ant-Man?
Mission Impossible: Rogue Nation – movie review chevron_right