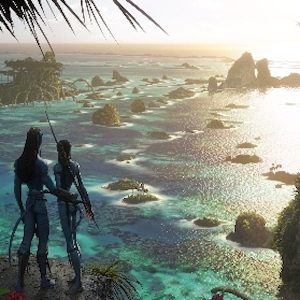 If you’re already sketching out your movie plans for 2022, there are some things you need to know. First, Batman returns to the big screens, this time directed by Matt Reeves and starring Robert Pattinson as the main character. Doctor Strange in the Multiuniverse of Madness will be released by March 23rd next year, starring Benedict Cumberbatch, while the long-expected, second Aquaman movie will finally arrive in cinemas, starring Jason Momoa. Let’s check out the most expected movies of 2022 and see which ones you’ll save on your must-watch list.


The third Fantastic Beasts film, which has yet to be named, is a forthcoming fantasy film directed by David Yates and based on a screenplay by J. K. Rowling and Steve Kloves. It is a co-production between the United States and the United Kingdom and is a spin-off to Fantastic Beasts: The Crimes of Grindelwald. The key characters in this film include Johnny Depp, Eddie Redmayne, Ezra Miller, Dan Fogler, Katherine Waterston, and Jude Law.

While the plot of Fantastic Beasts revolves around Newt’s visit to New York, his encounters with American wizards, and the ever-evolving origin stories of characters from the Harry Potter universe, this film’s commitment to environmental protection, creature habitats, and climate change sends a strong message.

The Batman is an upcoming American superhero movie featuring Batman and based on the DC Comics character of the same name. It’s set to be a relaunch of the Batman film franchise, with DC Films, 6th & Idaho, and Warner Bros producing it. The film stars Zoe Kravitz, Colin Farrell, Paul Dano, Jeffrey Wright, and others. It is directed by Matt Reeves, who co-wrote the screenplay with Peter Craig. Batman discovers corruption in Gotham City while battling the Riddler, who is a serial killer, during his second year of fighting crime.

Another American superhero film, Aquaman and the Lost Kingdom starres Jason Momoa and is based on the DC Comics character of the same name. The picture will be produced by DC Films, The Safran Company, Atomic Monster Productions, and Warner Bros. It will be the 13th film in the DC Extended Universe, as well as the Aquaman spin-off (2018).

Jason Momoa stars as Arthur Curry/Aquaman with Amber Heard, Patrick Wilson, Dolph Lundgren, and Yahya Abdul-Mateen II in the film directed by James Wan and based on a script by David Leslie Johnson-McGoldrick.

The Flash is another American superhero movie based on a DC Comics character of the same name. It will be the 11th film in the DC Extended Universe, distributed by Warner Bros. Pictures and produced by DC Films, The Disco Factory, and Double Dream.

Ezra Miller plays Barry Allen also called The Flash, with the film also starring Ben Affleck, Michael Keaton, Sasha Calle, and others. Allen returns back in time to prevent his mother’s death, but his actions have unexpected consequences.

Avatar 2 is another American sci-fi movie directed by James Cameron and produced by 20th Century Studios. It is the second film in Cameron’s Avatar franchise, following Avatar (2009).

Cameron is co-composing the film with Jon Landau, while Josh Friedman was initially listed as Cameron’s co-writer; however, it was later revealed that Cameron, Friedman, Rick Jaffa, Amanda Silver, and Shane Salerno were all involved in the creative process of the project.

Thor: Love and Thunder is another new American superhero movie directed by Marvel Studios and distributed by Walt Disney Studios Motion Pictures, based on Thor, the Marvel Comics character. The film will be a direct sequel to Thor: Ragnarok (2017) and the 29th instalment of the Marvel Cinematic Universe (MCU).

The release date for Legally Blonde 3 has been scheduled for May 20, 2022, marking the end of a long development period that has kept fans waiting. The Legally Blonde movies are not yet available on Netflix.

Next year you will not be bored. These are just some of the most popular and expected titles of the year – but hey, there are more! Have some fun and watch some Netflix!

Aziz Nicleson is a one of the best professional essay writers in his field, having 4 years’ experience working in London magazine “Shop&buy”. He offers professional dissertation service presentations and currently works for a renowned essay writing service. Aziz is a professional mini-tennis player, and has written the novel “His heart”.