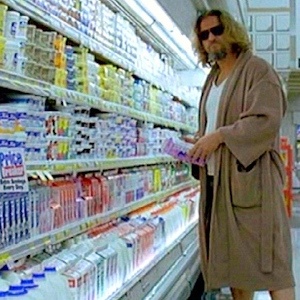 When it comes to entertaining, you have plenty of options. You can watch the game on TV, play games with friends, or maybe even go to dinner and catch a show in the town. However, sometimes you want to sit at home, have some snacks and drinks, and watch something that will not require additional effort.

There are plenty of different documentaries and movies about marijuana and its culture, but only a few make for good entertainment when you’re just trying to kick back. Watching a weed documentary is one thing, but what if you want something a little more lighthearted? Here are ten of the top cannabis movies that will be sure to entertain.

If you and your friends are looking for a hilarious movie to watch while enjoying some cannabis, then look no further than The Big Lebowski. This cult classic stars Jeff Bridges as The Dude, an aimless man who becomes embroiled in a mess of a kidnapping plot. Though it was never intended to be a comedy, this movie has become one of the most quotable due to its outrageous humor. What better way to enjoy weed than by laughing hysterically at this film?

This movie is a cult classic for stoners everywhere. It stars Method Man and Redman as two pot-smoking buddies who end up getting accepted to Harvard after smoking some of the best weed in the world. The antics that ensue are sure to have you laughing out loud.

Super Troopers is a hilarious movie about a group of troopers who must help solve a crime to save their jobs. The use of cannabis in the movie adds an extra element of fun. There are many twists and turns throughout the film, so it will keep you guessing all the way through. It’s funny yet suspenseful with some well-done action scenes.

In this stoner classic, three potheads have to find a way to raise money to bail their friend out of jail after he gets caught selling weed. They rob a fast food restaurant that hilariously goes up in smoke. Along the way, they meet some memorable characters, including Zack Galifianakis, an extremely high dog groomer. Half Baked is the perfect movie for when you’re looking for laughs and something lighthearted to watch with your friends.

Many people might not think that Harold & Kumar Go To White Castle is a great stoner movie, but it’s a hilarious and heartwarming story about two friends who want to get some burgers. The movie is also chock-full of great weed references, like when Harold lights up a joint in an elevator full of people. It is the movie for you if you’re looking for a good laugh.

Pineapple Express follows the story of a weed dealer and his customer who end up on the run from the police after a deal went wrong. The movie includes action, comedy, and some great pot-smoking scenes. Although it may not accurately represent what’s happening in the world today, this cult classic film does a good job of bringing viewers back to the good old days. Who needs drugs when you have Pineapple Express, the ultimate company?

Grandma’s Boy follows Alex Linz as he’s forced to move in with his grandmother and her two roommates after being evicted from his apartment. Throughout the film, Alex attempts to navigate the new living arrangement while also trying not to get caught smoking weed by his boss. Grandma’s Boy is a hilarious movie that any cannabis lover will enjoy.

There’s just something about Cheech & Chong’s classic film that makes it the perfect choice for a stoner movie night. For one, it’s a hilarious comedy that will have you and your friends in stitches. But it also offers a relatable look at the experience of being a stoner, from the funny mishaps to the munchies’ cravings.

A cult classic stoner movie, Dazed and Confused, is set on the last day of school in 1976. The film follows a group of teenagers who cruise around town, drink beer, smoke weed, and try to figure out their lives. While the movie doesn’t focus on cannabis use, it’s a great film to watch while high.

Soul Plane follows the story of an African-American man who wins a lottery and uses the money to buy a new airplane. The plane is filled with beautiful women and lots of weed, making it the perfect party spot for a group of friends. So what if there are some hijinks? The film is also one of Ice Cube’s funniest roles to date.

If you and your friends are looking for a fun movie night, consider any of these great cannabis-themed films. From lighthearted comedies to thrilling dramas, there’s something for everyone on this list. Whether hosting a small party or throwing an epic bash, one of these flicks will surely be the perfect flick for the occasion.