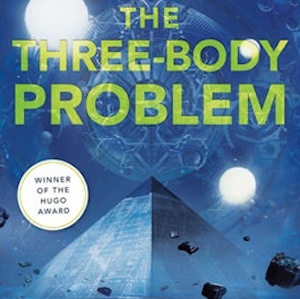 What is the story about?

The Three-Body Problem is the title of the first book in a trilogy, followed by The Dark Forest, and Death’s End. The trilogy is titled Remembrance of Earth’s Past but is commonly referred to as Three-Body Problem trilogy. The most simplistic synopsis of the story is that it’s an alien invasion saga by aliens who inhabit a planet in the Centauri System—the nearest star system to our sun.

The aliens, called Trisolaris, live on a planet that is in a chaotic orbit around three stars. The planet swings between extremes of heat and cold when it is too close or too far away from any of the stars in the system. In between are periods of unknown length where the temperature is moderate and the intelligent lifeforms on the planet can awaken and be productive. But they always need to be ready to prepare for another sudden shift in the climate. When the aliens discover that the earth has a mild climate they decide to invade/relocate.


The first book in the series jumps between events during and immediately following the Chinese Cultural Revolution and early 2000s China. The next two books jump forward in time many hundreds of years in our future.

Who Wrote the Book?

The books were written by Chinese writer Liu Cixin. In Chinese the title of the first book is 三体, literally ‘Three-Body’. The title refers to the three-body problem in orbital mechanics, which is a common mathematical reference to chaos.

The first book was published as a standalone in 2008, becoming one of the most successful Chinese science fiction novels of the last two decades. It received the Chinese Science Fiction Yinhe (“Galaxy”) Award in 2006, along with many more in the years since.

The author, Liu Cixin is very excited and proud of this partnership with Netflix:

I have the greatest respect for and faith in the creative team adapting ‘The Three-Body Problem’ for television audiences. I set out to tell a story that transcends time and the confines of nations, cultures and races; one that compels us to consider the fate of humankind as a whole. It is a great honor as an author to see this unique sci-fi concept travel and gain fandom across the globe and I am excited for new and existing fans all over the world to discover the story on Netflix.

Where is Three-Body Problem going to be shown?

Netflix is adapting the first book into a series. It is unknown at this time how many episodes there will be, however IMDb lists 8 episodes for the first season. The adaptation of the other two books in the trilogy will probably have to wait on how the first season is received. The sci-fi drama will be produced by Game of Thrones duo’s Bighead Littlehead production companies and is just one of the many projects they are creating for Netflix.

Who’s behind the camera?

Minkie Spiro is currently listed as directing three episodes. She is a celebrated director with experience working on Downton Abbey, Pieces of Her, Better Call Saul, and many others. Derek Tsang directs the pilot episode. He is a writer/director/actor with extensive experience.

David Benioff is credited as the screenwriter for the first season. He famously co-wrote 73 episodes of Game of Throwns. But he also wrote/directed the last season of GoT. So… Some of the best, and worst, writing for the screen. Fingers crossed he doesn’t lay an Iron Throne.

Rian Johnson, writer/director of Knives Out and Star Wars: The Last Jedi, as well as actors Brad Pitt and Rosamund Pike, are listed as the executive producers, along with many others.

Netflix announced 12 primary cast members for the series. They are:

Other cast members to include: Russell Yuen will guest star in season 1 as Emperor Zhou; Stacy Abalogun is also expected to play the role of Thelma in the series; Tony Leung also has been on the record in implying he’s part of the project.

How many episodes the first season will The Three-Body Problem have?

As mentioned previously, IMDb.com lists 8 episodes for season 1. That would fall in line with the report that there will be 24-episodes in total for all three seasons, each episode is about 60 minutes in length. No official announcement has been made yet, but the first three seasons appear to cover only the events of the first book. A follow-up series for The Dark Forest would be filmed later.

What’s the production status of The Three-Body Problem?

The Three-Body Problem began production in November 2021 in the United Kingdom and China. Filming is planned to continue through to August 2022 according to Production Weekly.

Pandaily reports that the production of the series is due to take place for a total of 12 months although they state that the series was due to get underway in September 2022.

No official announcement has been made. Since filming is due to conclude in August 2022 it is likely that the first season of Three-Body Problem will drop on Netflix sometime in the first half of 2023.

chevron_left Is there anything extra during the end credits of Vengeance?
Best of British Biographies – Ewan McGregor chevron_right