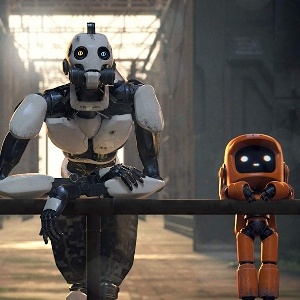 In an era of content glut, shows are adapting to the needs of audiences and experimenting with short formats. Netflix, Amazon, and Hulu are creating series with short episodes themselves. And they are as thrilling as shows and movies that inspired those who created games similar to those located on this page. The length of episodes is also changing: today they can be no longer than 20 minutes, although previously it seemed that the only thing shorter than sitcoms was advertising.

The series was co-produced by David Fincher. Each episode is a coherent story that unfolds in the future, and it’s unclear whether all the stories take place in the same universe or whether we’re talking about multiple alternate universes. Whether it’s a great artist named Winter who turns out to be a small household appliance, a futuristic Hong Kong sex worker who gets stuck in a time loop, or farmers battling alien parasites in giant robot avatars, the creators of the series think we have it all waiting, we just have to watch carefully to see exactly when we end up in that future.

New Form Studios has decided to work with an ultra-short form. Each episode lasts no longer than five to six minutes and is based on posts from real people on social media. It’s no secret that Reddit threads have sometimes spawned entire conspiracy theories, started chains of rumor and entire commentary wars. Within a few minutes of the episode, we learn short stories from strangers – tall tales, horror stories, jokes, and revelations – and we can choose whether or not to believe them. Probably the authors wanted to invest in such a move a certain metaphysical meaning: not to take for granted everything you read on the Internet in posts and comments, and that life can be more fantastic than any fiction.

Seth Green and Matthew Senreich’s iconic cartoon series has long been known outside of the geek community for a dozen seasons. Each episode is structured around short skits and skits that change as if you were switching channels. Robot Chicken is a mechanical half-chicken that is sat in front of a television set by a mad professor in the title sequence. The black humor in the episodes may seem overly violent, the show has even tried to shut down from season to season, if its creators are to be believed. Green and Senreich start each season with a joke about how they tried to get shut down, but it didn’t work out.

I Think You Should Leave with Tim Robinson

Comedian Tim Robinson, who wrote the scripts for Saturday Night Live for seven consecutive years, co-wrote and executive-produced his sketch show. In each episode, Tim and guest comedians from SNL act out everyday scenes familiar to everyone – whether it’s handing out gifts at a birthday party, social media posts together, introductions on public transportation, a mass at church, a date or a commercial. In each sketch, Tim’s characters make both the other characters and the audience themselves feel uncomfortable. But this is only on the surface – in fact, Robinson acts as a thoughtful anthropologist and psychologist, forcing us to rethink the sometimes absurd social conventions.

This animated series will appeal to Robot Chicken fans. However, the level of absurdity and paradoxicality in The Shivering Truth is much higher (if you take your eyes off the screen for a second, you won’t know what it’s about). Each episode of this animated puppet show is a thread of dreamlike sketches mixed with black humor, creepy fantasies, and terrifying animation.

Based on the novel by Alex Morel, the series centers on the depression of a woman named Jane. She and a man named Paul are the only survivors of a plane crash. Jane tries to recover from her experiences and return to society, Paul helps her to do so and at the same time struggles with his own demons. Even though critics gave Turner’s work a cold reception, the actress herself admits that this is an important project for her, because she herself has been going through dark times in her life.