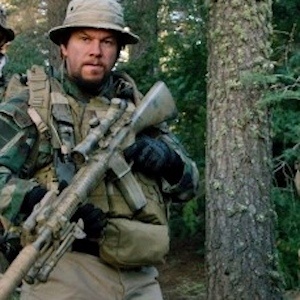 Mark Wahlberg, often referred to as Marky Mark, is a Hollywood legend. He enjoyed an interesting rise to the top after starting out as a rapper before progressing into the acting world. And multiple award nominations later, Wahlberg found himself being invited to audition for some of the most prominent roles in movies, some of which he secured.


There is only one place that we can start with Wahlberg’s performances in movies, and that is, of course, with Ted, which debuted in 2012. You often associate Wahlberg with action movies, but in Ted, he really brings his comedic timing abilities to the fore. Seth McFarlane assumes the role of Ted in the film, with Wahlberg starring as John. Their chemistry and the way they bring the relationship to life is what makes Ted the movie it is and enables Wahlberg to show all the facets that help make him one of the top actors in the business.

As we mentioned above, Wahlberg was often renowned for playing roles where there’s a lot of action going on with his character, who is usually muscle-bound and ripped. Again, in The Gambler, we see Wahlberg step away from his more traditional style, taking on a role where he plays a professor with a gambling problem. The Gambler starring Wahlberg released in 2014 and is a remake of a film by the same name from 1974, so it wouldn’t have been a surprise to see online betting on sports and other more modern gambling activities taking place and these might impact on the characters. In his film, you get to see just how well Wahlberg delivers on a character type.

Lone Survivor is definitely a movie that sees Wahlberg play a role that you’d describe as being a natural fit for him. In this 2014 film, Wahlberg stars as Marcus Luttrell, in a movie all about hunting a Taliban leader. Peter Berg, who created the film, ensures Luttrell is a war veteran who is a part of a four-man team, so it delivers multiple elements to the overall storyline. And Wahlberg, in the lead role, stands out as he adds real honesty and grittiness to what plays out on screen. It’s one of the strongest performances Wahlberg has ever delivered.

The Departed, a hit Martin Scorcese movie from 2006, is one of those films that many will describe as a must-watch for all the right reasons. And some people may be surprised at its inclusion in this list because it’s definitely a movie that features a lot of great performances. But the reason why we include this in our look at Wahlberg’s best performances is that while there were some epic performances by others, Wahlberg somehow managed to stand out from the crowd by playing Sergeant Sean Dignam. This alone makes it one of his best because he was able to show he is head and shoulders above the rest.