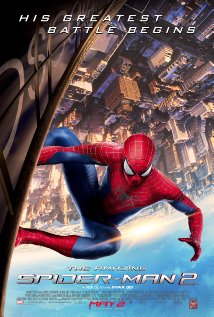 Overall I’m not terribly impressed with Spider-Man 2, but I’ve not been much impressed with any of the movies in either Spider-Man series. My general feeling is that the characters, especially the villains, lack depth and believable motivation – more on that later.

The story was a little jumpy to me. There’s apparently a jump of a month, maybe more, between the opening scenes of the movie and the next bit, but there wasn’t a transition that spelled that out. In retrospect I realized that there was one particular scene that was used to bridge the gap between the two time frames, however they should have used a short montage.


Then there’s a huge amount of stuff that happens all on the same day. So much that it feels, even now, like there’s no way that much could happen in such a short period of time, not that it even needs to. They could have spread it out for a few days, a week maybe,to make it feel right.

It’s ironic that the most unrealistic thing in most super hero movies is the motivation behind their personal problems. I’m here to tell you that Peter Parker isn’t going to feel the anguish that he feels over Stacy’s dads death – from the first movie. I know, they have to make a story, but find something else. No young man is going to take things so seriously. Would it bother him, sure. But to the point that it does? No way. We have to suspend our belief to enjoy this fantasy world where these super hero’s can exist, but don’t make us suspend our beliefs about character motivation. To me this is the primary difference between most of the Avenger and X-Men movies and the Spider-Man movies: the character motivation, usually, works in the prior.

The motivation for the villains is especially heavy handed. It’s like decent people are just looking for an excuse to be evil. It’s hard to buy on a consistent basis.

There was practically no humor to speak of. Sure, a few chuckles, but nothing memorable. Such a shame. A movie like this needs at least 2-3 scenes that give the audience a good hearty laugh. I’ll have to blame the writers on that.

Not that anyone goes to these movies for the acting but I thought Emma Stone, and of course Sally Fields, were fantastic.  Andrew Garfield (Peter Parker) did okay with what he was given. He may have shined if the writing had been better.

I saw it in 3D just so I could include it in my review. Normally I avoid 3D because it’s hard to take notes and it costs $4 extra. Overall it was decent. The video was crisp, which has been a problem in other movies. The brightness was pretty good, which can also be a problem. There were a few cool 3D scenes. Specifically the fight with Electro worked pretty well. The background is dark which makes nice contrast for the lightning and energy effects that light up the screen in 3D. Also the fight in the clock tower was good in 3D. Other than those scenes I pretty much forgot I was watching in 3D. I wouldn’t go out of my way to see it in 3D unless you’re a big fan of that format.