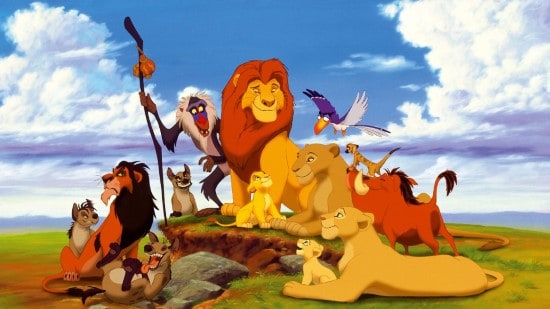 Lion King Crew. You can probably name every character here.

As you may know there, is a controversy that surrounds The Lion King. The fact that it possibly stole its entire movie from one called Kimba the White Lion is one ting…but we’re not talking about that here. We are going to be talking about how the Lion King is basically Hamlet with lions.

And yes, I mean the Shakespeare Hamlet too, and not some play or movie about a baby pig. So if you don’t know Hamlet like you should, here’s a brief reminder:

The king has a brother and that brother kills the king. The king prior to death had a son. The son now has to kill his uncle and reclaim the throne.

There’s the very short and sweet reminder of Hamlet. (Sparknotes should take notes on how it’s done.) Either way, today I’m going to be comparing the Lion King (which is loosely based on Hamlet) to Hamlet (1996), which is essentially a word for word re-imagining. Obviously, this battle is pretty even. Let’s compare the two and see how they stack up to each other.

First things first, Scar and Claudius and drastically different characters for the better of each story. Scar, I would say, is a dictator, where as Claudius is a king. Claudius is very methodical and punctual with his words and actions, where as Scar when he gets power runs everything downhill. Scar doesn’t think about the betterment of all his people, but Claudius does. That said, it does mean that it’s more satisfying to see Scar lose in the end, than it is to see Claudius lose.

But if I had to give it up to which movie killed off its villain better, I would go with Hamlet. 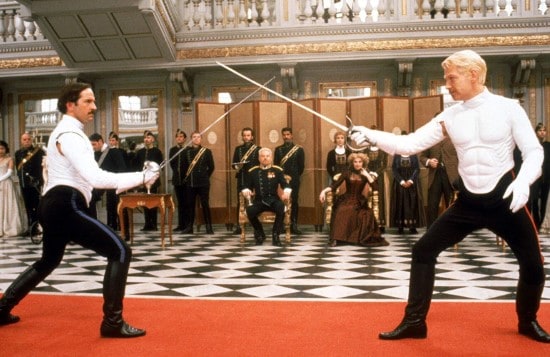 Hamlet fights for his right to party.

We have Nala and Ophelia. Nala is basically a side character that only really serves for one music number, and to push the main character to fulfill their destiny. Weirdly enough, Ophelia has a musical number too. Nala is very basic — interesting and better than most side characters in movies — but still basic. Ophelia starts out as a confused girl who then just snaps to crazy. It’s kind of jarring, but she dies shortly after, so it’s all good.

Hamlet and The Lion King. One lady is insane. And the other is a princess. Do you recall which is which?

Weird one to put in, but I wanted to mention it. In Hamlet, ghost dad simply acts as like a Macguffin to inform Hamlet about the foul play in his death. But ghost dad in Lion King acts as a guiding light for Simba. When Simba is confused and unsure, ghost dad comes in to guide him in the right direction. Ghost dad in Hamlet just yells at his son to avenge his murder.

The main man/lion. I’m going to keep this bareboned. Simba is a scared, confused, yet growing character who realizes what needs to happen, and grows to become the lion he needs to be. Hamlet just kinda goes from mad to slightly insane, then back to mad.

Kenneth Branagh still brings many complex emotions through his acting, but the character as a whole has just about those three emotions, looking back on it.

The queens are completely different characters in these movies. In Hamlet she is a woman who loves her son, marries a murderer willingly, and falls victim to the king’s evil ploys against Hamlet. In Lion King the queen is not really seen ,but from what we do see she is forced into marriage, doesn’t put up with the “king’s” rule, but still loves her son. 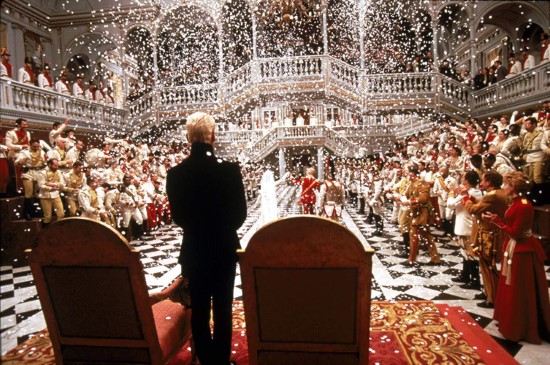 Overall, The Lion King vs Hamlet–

In the end, if I honestly had to say which of these movies is better, that would depend on who you are.

If you’re an absolute film nerd and want to see something beautifully done, you can watch both of these. If you mainly love Shakespeare, then watch Hamlet, since it’s more true to the original tale.

But let’s face it, you’re not just watching 4 hours worth of movie regardless of any high praise I could give it, if you’re a true fan of good films.

My name is Nick and I got an undying love for movies and the process of making them. I love horror, comedy, action, and all movies in between. If you have any questions you can reach me @LightCameraNick on twitter.

5 thoughts on “Surprise! The Lion King is a Hamlet Remake”