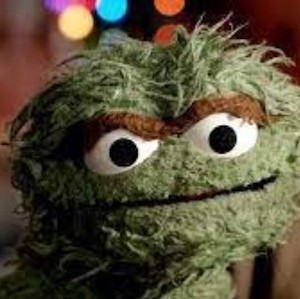 If you are a fan of recent films Won’t You Be My Neighbor? and A Beautiful Day in the Neighborhood, this is the documentary you must see this year.

This is a film that is nostalgic and fun, sure, but it’s also an eye-opening look at the history of children’s television.  When you get a glimpse at other kids’ shows and see how blatantly commercial and pandering they were, you start to understand what makes Sesame Street so special.  As one person puts it in the documentary, the show is what you get when television loves you instead of trying to sell to you.


What I love about Street Gang

For anyone who grew up with The Muppets or Sesame Street, this movie is a must-see.  There is footage of the late, great puppeteer and Muppet creator Jim Henson.  You get to see how the puppetry is done.  There are rare bloopers.  There’s footage of some of Hensons’s pre-Muppet work.  And you learn more about Sesame Street than you would imagine.

The documentary shows how producers worked with educators to create the show, the ambitious ad campaign that helped launch the series, and how they used commercial techniques to “sell” the alphabet to children.   One of my favorite moments is when they discuss Oscar the Grouch.  He teaches children they can be friends with someone who has a different point of view.  (I bet you know some adults who need that lesson.)

Sesame Street is such a beloved show that the filmmakers could have gotten away with making a puff piece about it.  Instead, they created something that not only celebrates the show but paints an honest and fascinating picture of it.  For instance, there’s the inclusion of a black Muppet who was controversial for less obvious reasons than you would think.

My revelation about Street Gang

Full confession:  I was shocked to learn that the adults on Sesame Street are, well, actors.  When I saw them identified by their real names instead of their character names, I was dumbfounded.  I always thought Maria’s name was Maria, Luis was Luis, and Gordon was Gordon.  Nope.  Those were character names.  And right now, you’re either laughing at me or your mind was just blown too.  I guess I thought of them as hosts of the show maybe.  Like the PBS version of Johnny Carson.  Or maybe it’s because they felt so real to me.  Like friends.  You never suspect your friend of having an alternate name.  After all, Mr. Rogers’ last name really was Rogers.  Anyway, I know that part of the movie isn’t meant to be one of the bombshells, but it was for me.

Even if you’ve never watched Sesame Street, this movie is an entertaining deep dive into a cultural phenomenon that has lasted decades and is still ongoing.    The only real drawback to the film is that they’re only able to cover the first twenty years or so of the show.  (For instance, there’s little to no Elmo.)

To find out the rest of the story, you’ll have to read the book of the same name which inspired the film.  Parents, do be aware there is some adult language in the film, including in the bloopers/outtakes.  So this is closer to PG than G.

Screen Media acquired the North American rights to this film and will distribute it in theaters and to home media this spring.  It will debut on HBO and HBO Max later in the year.

Documentary Review – Won’t You Be My Neighbor