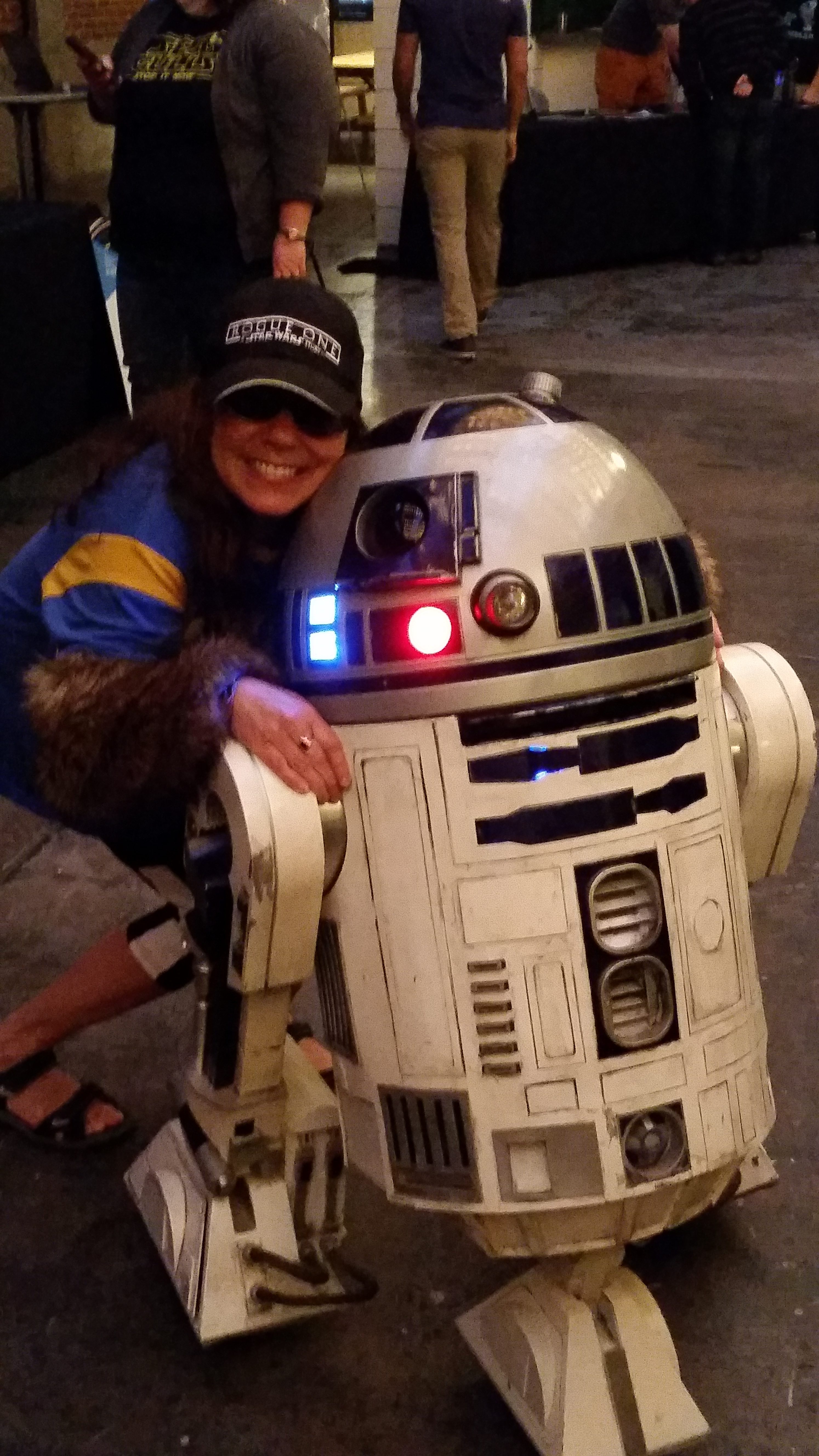 Last night Solo: A Star Wars Story splashed across screens in the US, to much excitement and fanfare. Everyone loves Harrison Ford’s Han, so people were excited and curious to see a different actor’s take on the iconic character.

[pullquote]Geek that I am, I looked around for a party full of fellow fans to share the anticipation with before the movie premiered. [/pullquote]The best option in San Diego was a downtown shindig hosted by the Fleet Planetarium, with a 21+ pre-movie party full of activities, and a special screening of Solo at the Horton Plaza Regal Cinema. We met at a venue called The Sandbox. Here are the party details.

The party started at 6:30, and while it was a little more low-key than I’d hoped, it was a good time. I got to hang out with Darth Vader (I could not stop calling him My Master, which is just weird, but it felt necessary). There were Storm Troopers, Emperor’s Guards,  Kylo Ren, R2D2 (roaming via remote control), and Princess Leia, in full side-buns. Vader even had a voice breathing box — it was uncanny and great fun.


You could interact with the characters and take photos with them, have a few Star Wars themed adult beverages, watch some Star Wars featurettes in a little cinema corner, and do science experiments, courtesy of the Fleet Planetarium.

Some of the experiments were really stretching it to ‘fit’ into the Star War universe: the “Invisibility Cloak”, for example. Last I checked, that was a thing from Harry Potter. Or at least Star Trek, with their cloaking shields. So maybe it didn’t fit, but the experiment was somewhat cool. To wit: if you place a clear glass teardrop into a cup of baby oil, you can’t see it. Really.

Some other activities made more sense — we got to use prisms and 3-D glasses to see light being excited by sodium, potassium, argon and such…relating, of course, to the color of one’s lightsaber.

The worst exhibit showcased gravity acting on a set of plastic beads. Apparently, if you move a string of beads out of a cup a little at a time, eventually gravity takes over and pulls the rest of the beads out. Ohh…kay? I was so flobbered by this demonstration of gravity that all I could say to the nice gent showing off his trick was, “Yes, that would be how gravity works, thank you.”

The shrinky dinks station was the most  fun. There were a variety of blacked-out line drawings to trace onto plastic, which were baked in toaster ovens, resulting in little keychain charms. I made three.

There was a nice photo booth with a professional giving out photos for free, so I got to goof around with Princess Leia a bit. Who knew the Princess could lighten up and have a spot of fun?

chevron_left 比正片梗还多的死侍2海报合集
Is Deadpool in the Avengers’ Universe? chevron_right