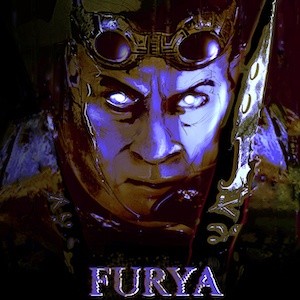 Pitch Black came out in 2000 and introduced us to the character Riddick played by Vin Diesel. It was a success and so there was the inevitable run of sequels; The Chronicles Of Riddick (2004), and Riddick (2013). The fourth Riddick outing was first announced in 2014 but everything seemed to go quiet for a while.


Apparently, I script was prepared in 2019 and shooting was intended to start in 2021. However, Vin Diesel’s IMDb pages still lists it as “announced” so…

This has been mentioned as the final part of the Riddick franchise and takes us back to his home planet Furya. What will he find there? Who knows!

David Twohy returns as director and writer just as he has for the previous Riddick based Chronicles.

There doesn’t appear to have been any filming yet so it’s going to be a while.

Well, if they haven’t started shooting yet they won’t have a trailer.

So far only Vin Diesel is being listed

Characters, So Far, In Riddick 4: Furya

Just Richard B Riddick as yet.

Riddick finally finds his home planet Furya and he has no idea what’s in store for him. Given the amount of time passed, I’d probably recommend a rewatch of the previous three.

I have seen that this is meant to be a finale to the franchise. Given that the episodes haven’t been coming out as fast or as furiously as other franchises that Mr Diesel is involved with, I think that it’ll take a huge amount of ticket sales to float the idea of a Riddick 5.

“I believe there are two more movies. And I think it’s good that we are looking at ending the series so it doesn’t feel like an open-ended thing, like we’re doing it just for monetary reasons and we’ve just got to keep rolling it over and rolling it over. I think there’s a real end to this and I know what that last movie looks like. The real question is: is it like a two-parter rather than a one-parter? So I think we’re both thinking the same thing, that there’s two more movies in the series.” – David Twohy