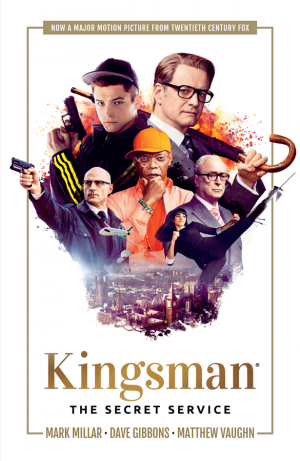 As enjoyable as the first film, with some fine set pieces, original action, lots of humor, and good new characters. In particular, while dangerous ski gondola scenes have been done to death in James Bond films, the one here is fresh and exciting. Wheeee!

The “president” should be a pretty familiar stand-in for our times, and he had some cute stuff. Jeff Bridges was adroit in a too-brief run time, and Channing Tatum obviously relished playing Tequila. Julianne Moore — as Poppy — was, well, a strange choice. She played her scenes with vigor, but I thought she was miscast. She just has too serious/intellectual a look and persona about her, making the “adorable 50’s housewife” a bad fit.

There’s a role played by a certain famous person, as himself, that I won’t spoil — but I loved it. And he seemed to have a great time in this movie. Nice to see.


The Kingsmen from the previous film did a bang-up job (pun intended). I liked spending time with them again. Eggsy’s growing up.

Poppy Land, in the jungle ruins of Cambodia, is a great concept. It’s like a scene from *Pleasantville*, or the downtown in *Back to the Future*, complete with bowling alley, old time theater, vintage diner, and classic weiner truck — but totally empty, except for some henchmen. Quite uncanny-valley-like; creepy and good.

You’ll notice the main score track sounds very close to the Marvel Universe theme. It kept nagging at me, since this isn’t a Marvel movie. It turns out the composers are Henry Jackman and Matthew Margeson, who also worked on Captain America – The Winter Solider, and the X-Men films. So, there ya go.

Was this violent? Yes, very. It’s hip, slick, and stylized…but a couple of moments still made me look away. Keep this in mind if you don’t like “comic gore”.

Lastly, the plot is bizarro. Just accept that. There are more sensible movies out there if you want. This is an enjoyable film to help you disconnect your mind for a while. Don’t take it too seriously; it’s intended for the fun, and that’s what it brings.