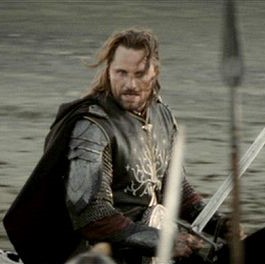 Here at RunPee HQ — the office in our home outside Asheville, NC — we had our hopes set to start adding Peetimes for new movies again around the middle of July, starting with Tenet. Unsurprisingly, a simple thing like wearing a medical mask and social distancing has divided America between those who think, “Sure, that sounds reasonable for both my health and those around me.” And those who think, “This is bad news that I don’t like so I’m going to find a reason, however irresponsible and delusional, to support my irrational behavior.”


Raise your hand if you think there’s a chance in Mordor that either of those release dates will hold.

I’ve lost track of how many posts we’ve written here at RunPee.com about movie release dates changing. Let’s face it: all movie release dates are TBD. I’ll believe it when I’m sitting in a theater, pad and pen in hand, ready to take notes for Peetimes again.

Currently daily new cases of covid19 are about 25% higher than they were during the first peak in mid-April — and still climbing. Plus we have the 4th of July in a few days. Any guesses how that’s going to work?

Why we can’t have good things

Here’s the most astonishing thing about covid19 if read. Hong Kong is one of the most densely populated cities in the world. And unlike the rest of China they are very transparent about their numbers — at least for now. To date (July 1st, 2020) Hong Kong has recorded 1,234 cases and 7 deaths. SEVEN! On top of that their lockdown measures have been far less restrictive than even the laissez faire approach here in the US. How on earth could that be possible in such a large city that has direct flights to Wuhan, China where the virus originated? It’s because a generation ago the SARS scared the crap out of Hong Kongers. This time around they didn’t have to be told to wear a mask. Every citizen in Hong Kong has a stash of masks at all times. Mostly they’re worn because of the pollution that sometimes blows in from the mainland. My wife and I spent a few weeks there back in 2018 and during the first few days the pollution was so thick it was hard to make out the top of the skyscrapers. (We wore our N95 masks.) Then the wind direction changed and we had clear skies for the duration of our visit.

HK Authorities report that 97% of people in the subways wear masks. Those who don’t are mostly Europeans and Americans — go figure.

It’s really enough to make me ashamed to be an American.

I’m certainly not an expert, but for what it’s worth I don’t think there will be any noteworthy movie releases until there’s a vaccine. According to CNN about 1/3 of those polled said they wouldn’t take a vaccine even if it was free. On top of that no vaccine isn’t going to be 100% effective — Fauchi said he’d be happy with 70-75% effectiveness. The hope is that the combination of those who have immunity, limited as it might be, due to catching covid19, added to those who take the vaccine will be enough to push the covid19 rate of infection below 1.0 and cases will truly begin to decline. I wouldn’t bet money on seeing a new Marvel movie until late spring or early summer of 2021.

chevron_left Is there anything extra during the end credits of Trolls World Tour?
The validity of movie rating systems chevron_right