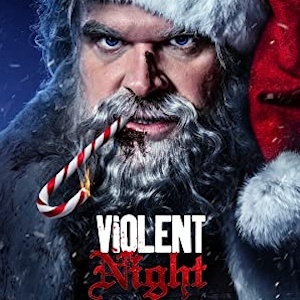 Going in I wasn’t expecting much, so I can honestly say it was better than expected. But damn, this movie had the potential to be a holiday classic, up there with Die Hard, and Home Alone.

Why it had so much potential

An original concept is hard to come by, but this movie has it. I don’t want to spoil anything, but I’m going to anyway since we find out in the first three minutes that this is the real Santa—reindeer and all. The vision of Santa isn’t going to appeal to everyone, but the story they give him really worked for me. Plus, and this is the best part of the movie, David Harbour knocked it out of the park. He was perfectly cast for this role and really gave nuance to his Santa character.


Where this movie falls short of its potential

The acting by everyone not named David Harbour was, at best, lackluster. It’s not all the actor’s faults. Some of it falls on the direction and writing. The characterization and dialog for some of the supporting characters relied too much on stereotypes and didn’t build them in any meaningful way.

I feel that the writers tried too hard to create a symmetry with the aforementioned Die Hard and Home Alone. For instance, the character Morgan Steel is so obviously a regurgitation of Elis from Die Hard that the writers forgot to actually make a character and instead just created a characterization. Part of that is because the character is totally oblivious. There’s so much potential to give to this character that would take very little screen time yet pay huge dividends.

And this isn’t the only symmetry. Far from it. The most obvious is Mr. Scrooge mirroring Hans Gruber. In this instance, the writers actually tried to create a character, but the direction, acting, or combination of the two just didn’t make Mr. Scrooge work. Not that it’s easy to create as great a villain as Alan Rickman did.

Home Alone to the next level

I’ve seen some violent movies, but few of them make me gasp out loud as this one did. Think of this as Home Alone, but they took the gloves off. In this aspect, they did a great job of mirroring Home Alone and then taking it to another level.

If you like action/violence then I don’t think you’ll be disappointed. Like I said, I didn’t go in with high expectations and this is better than I thought it would be. I’m only disappointed by the fact that it falls short of its potential to become a classic.

About The Peetimes: I’d suggest using either the first or second Peetimes.

There are extra scenes during, or after, the end credits of Violent Night.

Plot
A team of elite mercenaries breaks into a wealthy family compound on Christmas Eve, taking everyone inside hostage. But the team isn’t prepared for a surprise combatant: Santa Claus is on the grounds, and he’s about to show why this Nick is no saint.