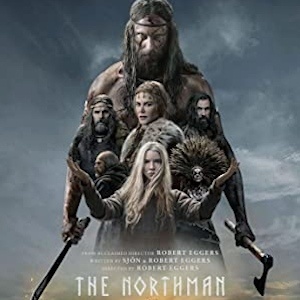 I can’t say that I hated this movie. But I didn’t like it a lot.

The acting was as dreary as the Icelandic weather

This was one of those movies that you could barely tell was shot in color. The sky and landscape are uniformly gray throughout most of the movie. Clearly, that was on purpose as it sets a tone. But the director didn’t stop there. The actors felt like they were acting in black and white as well. This isn’t on the actors because Alexander Skarsgård, Nicole Kidman, Anya Taylor-Joy, et al. can act. This was how the director wanted it. I don’t know why they bothered with such a talented cast if not to use their talents. You don’t use a race car to go grocery shopping. Know what I mean?


To Magic or Not to Magic

Movies like Harry Potter, Dr. Strange, Star Wars all have plots that rely on the existence of magic. And that’s great. And obviously a the majority of movies don’t rely on the existence of magic. Which is also a valid choice. But, walking the fine line between those two can be tricky. And this movie, in my judgment, completely failed in this respect. The Norse mythology in this movie can easily be explained as personal/internal experience. People who deeply believe in mythology can interpret and even imagine that magic exists in their lives, yet externally nothing magical or supernatural happens. That can be used to make a powerful story, especially when the characters believe they are destined for some purpose. In that instance, they interpret their reality in a way that props up their feeling of purpose. These are often stories that explore the meaning of faith and perseverance.

What doesn’t work for me is to create a story that can be entirely explained by internalizing the existence of magic, and then throw in just one or two seemingly trivial events that are clearly magical. What’s the point in that? If that’s how the story works then just embrace magic completely.

What was the trivial magical plot (Spoilers)
The sword Amleth finds can only be unsheathed at night. I would have maybe given them a pass on this if Amleth had been the only person who tried to unsheath the sword during the day and couldn’t. In that event, maybe it was just his deep belief in the prophecy that prevented him from doing something. But in one scene the noseless man, who knows nothing of the prophesy, also tries to unsheath the sword during the day but can’t. That’s clearly magic and the only thing in the movie that can’t be explained as anything other than an internal interpretation of events.

In the end, this movie didn’t move me in any way. The story didn’t explore anything remotely new or even take an interesting angle at an old trope. It was long and boring. I’d rather watch a documentary about Norse mythology, or just watch videos shot from Iceland for two hours. Either of those would be worlds more interesting than this movie.

About The Peetimes: We have three good Peetimes for you to choose from. There could be more but many of the scenes were do confusing to summarize.

There are no extra scenes during, or after, the end credits of The Northman.

Plot
From visionary director Robert Eggers comes The Northman, an action-filled epic that follows a young Viking prince on his quest to avenge his father’s murder.

chevron_left RunPee Weekly Newsletter #110 (April 20th, 2022)
Is there anything extra during the end credits of The Northman? chevron_right