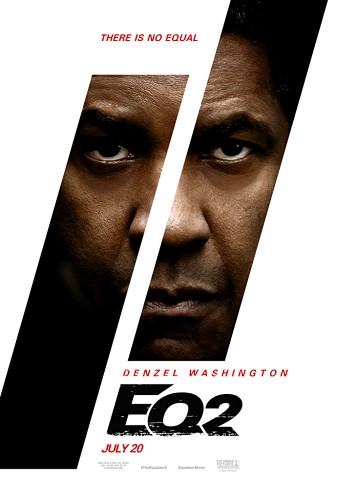 I gave the first Equalizer movie an A+, so this one had a tough act to follow. Plus, I just rewatched the first movie last night before seeing EQ2, so it’s fresh in my mind.

Where EQ2 fails — the story is choppy. There’s a lot of back and forth between cities, mainly Boston and DC, with a dash of Brussels here and there. I think I saw the common “travelling” cue of a passenger jet landing at least three times in this movie.


There were plenty of short stories, especially early on, where Robert is helping people out. That much works well, as it did in the first movie.

It’s a waste of time to talk about how well Denzel Washington performed: brilliant, as always. It is however, worth mentioning that Ashton Sanders, as Miles the artist, did a fantastic job with many difficult scenes. This guy has a bright future ahead of him.

We learn more about Robert’s past, but not everything. So I’m hoping we’ll learn more in EQ3.

About Peetimes:
This was a rare occasion where 3 of us watched the movie together and worked on the Peetimes. We all agreed that the 3 Peetimes we have here are very good.

The 1st Peetime has a little more plot development than the others, but was easy to summarize.

The 2nd is mostly action, but with an unimportant/unknown character.

The 3rd is the buildup to the last fight scene, and has almost no dialog and zero action.