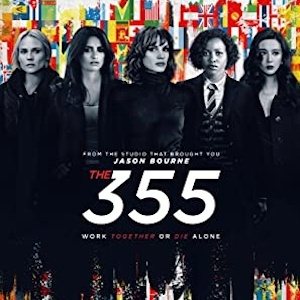 I was extraordinarily disappointed in The 355. The trailers showed great potential but the actual film fell flat as a pancake in my opinion. I could pick this movie apart with a fine-toothed comb but we’d be here all day. So I’ll pick my top two complaints and leave the rest up to you.

First, they were going for a movie on par with Mission Impossible and The Bourne Identity movies. That is laughable at best. The female cast simply did not have what it takes to live up to those previously mentioned films. The fight scenes, especially the ones with Jessica Chastain, are wretched. They look so forced and choreographed that it was comical. She’s a great actress but she’s not really believable in this film. At all.

Lastly, the movie was way too long. There were at least thirty minutes that they could have cut out and it would have improved the overall effect. The storyline was so muddled that it was tedious to keep up with what they were boring you with at that moment.


This was an overall flop for me. I’d wait for it to stream.

About The Peetimes: This is an action-driven movie so I tried to stay clear of any plot/character development in the Peetimes. I think these 2 will work well.

There are no extra scenes during, or after, the end credits of The 355. (What we mean by Anything Extra.)

Plot
When a top-secret weapon falls into mercenary hands, wild card CIA agent Mason “Mace” Brown will need to join forces with rival badass German agent Marie, former MI6 ally and cutting-edge computer specialist Khadijah, and skilled Colombian psychologist Graciela on a lethal, breakneck mission to retrieve it, while also staying one-step ahead of a mysterious woman, Lin Mi Sheng, who is tracking their every move. As the action rockets around the globe from the cafes of Paris to the markets of Morocco to the wealth and glamour of Shanghai, the quartet of women will forge a tenuous loyalty that could protect the world-or get them killed.

chevron_left Best of British Biographies – Anthony Hopkins
Is there anything extra during the end credits of The 355? chevron_right