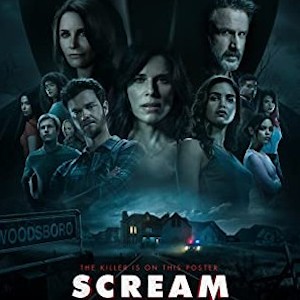 Twenty-five years ago we were presented with a totally new and fresh idea for a horror movie. It was an amazing hit at the box office and quickly became one of my favorite horror franchises. Over the last twenty-five years, we were given many more sequels, some great and a few we won’t talk about.

Flash forward to last night and I feel like I was transported back to the original. It felt fresh and new but what made it even better is how they reflected back on the previous films. They tied it all in so well that it became a complete circle. They mocked, joked, idolized, and brought back favorite characters, and gave us a whole new gang to root for.


The pace was set on hyper mode, they packed this movie with references and innuendos that keep your attention throughout the entire film. I was ridiculously excited when Billy Loomis made his appearance. Back in 1996, I thought Skeet Ulrich was about the sexiest guy alive. I can now tell you that he is still just as hot. I’m so glad they figured out a way to bring him into this sequel.

It has action, gore, and humor. There were numerous times that I laughed out loud and when the movie ended it received a standing ovation. My theater was sold out, so the clapping and catcalls were loud. I thought it was a perfect way to end a perfect movie.

About The Peetimes: You’ve got 2 Peetimes to choose from. It was really hard to find times easy enough to explain. In my opinion this is a movie where you shouldn’t leave your seat. It is at full blast from beginning to end.

There are no extra scenes during, or after, the end credits of Scream. (What we mean by Anything Extra.)

Plot
Twenty-five years after the original series of murders in Woodsboro, a new killer emerges, and Sidney Prescott must return to uncover the truth.

chevron_left 5 Step Guide on How to Write a Movie Review
Is there anything extra during the end credits of Scream? chevron_right