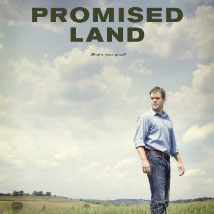 If you believe that using fracking to drill for natural gas is environmentally damaging and that corporations are inherently evil then you’ll probably enjoy this movie. That being said I’m not sure why anyone who meets those two criteria would want to see the movie because it’s just preaching to the choir.

It’s hard to review *Promised Land* because it’s not a typical movie. I suppose if you’re reading this review then you have some basic idea what the premise of the movie is: how a large corporations try to manipulate small communities into risking the potential destruction of their land, by using fracking to drill for natural gas, in exchange for money.


It’s worth noting that Matt Damon, and John Krasinski – Steve and Dustin in the movie – are listed as two of the three writers. It is quite obvious that the actors made this movie because they feel strongly about the risk that frakking poses to the environment and wanted to use it as a means to educate the public. On that note they do a decent job of showing what small town America might have to contend with.

The cast does an adequate job with their performances. The tempo of the movie is good and doesn’t seem to drag in any once place for very long. There is a gradual building of mystery in how “the vote” is going to turn out but it’s minor. I think if the writers/directors had been going for shock value they would have ratcheted that up a few notches. But it feels like they respect the content of the movie more than trying to artificially produce some false climax.