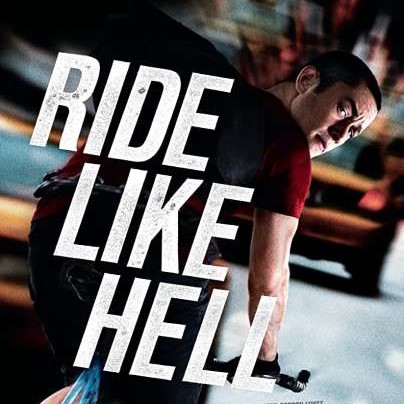 I found Premium Rush to be enjoyable and easy to follow, for the most part. I was expecting that the package/information being transported by bike messenger would end up involving some complicated international intrigue but that wasn’t the case at all. It was certainly something important but only to a small number of people. That kept the story focused on what it did best: exciting bike riding through busy Manhattan.

There isn’t much acting to be had. The movie is only about 84 minutes long, if you don’t count the credits, and nearly half of the movie takes place on bikes. That doesn’t leave a lot of time for face to face interaction. What there is isn’t bad. The cast is talented but there isn’t time to get in and care too much about the characters with the exception of the police detective Bobby Monday, played by Michael Shannon who will also be playing General Zod in the upcoming *Man of Steel*. Michael Shannon did a great job of being someone you’ll hate.

The story is very simple and the motivation behind everyone’s actions is clearly spelled out – with the exception of one group. More on that below.


I don’t recall anything really funny happening in the movie which is a shame because if they could have just worked in one or two LOLs I think it would have pushed the movie up a few notches.

Why you should see this film:
* If you are or ever have been a bicycle messenger.
* If you’re a huge fan of Joseph Gordon-Levitt.

If you’re neither of those then I would suggest waiting for the DVD. I doubt if many people will walk out of the theater thinking the movie sucked. But, I also doubt many will walk out feeling like it was much better than an average movie.

The one thing I’m totally perplexed about is why did the bookies that the police detective owed money to want to stop the little boy from getting into the country? It doesn’t seem like they would be able to get a refund for the ticket. If they explained that bit in the movie then maybe I was distracted while writing down peetime notes. Otherwise I thought the story was pretty tight. You can email me – [email protected] – if you want to share with me that bit of the story. If bump this movie up to a B- if that bit is explained.

There are no extra scenes during, or after, the end credits of Premium Rush. (What we mean by Anything Extra)