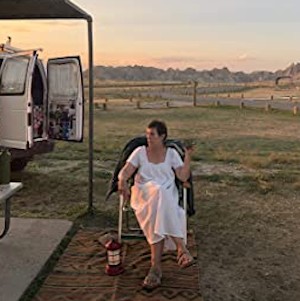 Atmosphere galore, but very little plot. Far from a happy film, there’s some good work here if you like deep character studies.

Sometimes you see a movie and you know it’s a good one — by which I mean well-made, acted, and directed — but you still don’t like it. Nomadland was one of those for me. Which is too bad really, as I’m obsessed with the subject matter of van-dwelling and life on the road. Been there, done that myself — it’s fun if you go into it for adventure. It’s just that Nomadland is boring.


I don’t mind a slow film from time to time, but I do expect to get somewhere eventually as a reward for my patience.

So to make a fair review, I’ll grant that it’s a nice film if you like measured scenes full of atmosphere and very, very, very little plot. I made sure to not place any Peetimes over the plot scenes that do exist, so use the app if you see Nomadland in the theater.

Francis McDormand (of Fargo fame) does a fabulous job carrying the entire thing on her shoulders, but you don’t get to like her character (Fern) very much. David Strathairn’s character (Dave) was much more likeable — which I expect from David Strathairn, so it’s not a stretch. I wanted to give Dave a nice hug. The movie from his POV would have feel…well, lighter.

But I guess this is all the point. Fern is a broken individual, very stoic and even taciturn, who does find her way, somewhat, by the end. There’s a character arc if you look for it.

You do learn about the van dwelling life, in both the good and the bad. The scenery is mostly misty and the palette muted, with a relentlessly lonely score.  A lot of this is just set to silence. You really have to be in the mood for something as still as this.

Nomadland will probably win some awards for excellence in what it sets out to do. But is it a good time? No. It’s not.

Available in theaters and on Hulu.