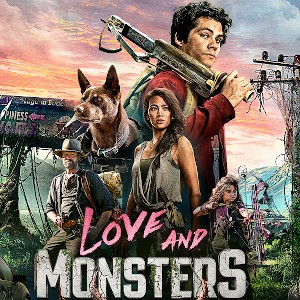 Love and Monsters is a delightful movie (Streaming on Amazon Prime Video) that is similar to Zombieland in many respects. The acting in Love and Monsters is refreshingly good, specifically by Dylan O’Brien (Maze Runner) who plays the main character Joel. The synergy between Michael Matthews (writer/director) and Dylan’s acting skills helped create a really well fleshed-out character. There wasn’t a single scene that felt too overdone or underdone. And every scene had a purpose.

I’m not saying this is the greatest movie ever by any means, but at the same time, this is as good as this genre has to offer. There’s something to said for taking something simple like the plot of this movie and creating the best possible story out of it. All too often writers/directors try to make a story into something more than it needs to be. This is a script that was written by talented writers and then edited to perfection. That’s not something we see very often in movies today, especially in movies that go directly to streaming.


It’s actually a shame this movie didn’t make it to theaters. I have no doubt it would have performed well, but I guess there was a pandemic or something going on back in 2020.

I made it easy for you to watch the trailer below but honestly don’t. Just watch the movie. The trailer will spoil a few really fun scenes. Trust me. 🙂

There is an official green light for the sequel to Love and Monsters, but no details have been released. There’s no solid dates for the start of filming or when it will be released. That’s probably because no one knows how long it takes to get something created these days. I’m hoping for a mid-2023, but I’ll settle for a late-2023. There’s no confirmation on the cast, but as long as they can get Dylan O’Brien and Jessica Henwick, who plays Joel’s love interest, back then everything else is icing on the cake. I’m hopeful that Michael Rooke Rand and Aria Greenblatt will reprise their roles as Clyde and Minnow.