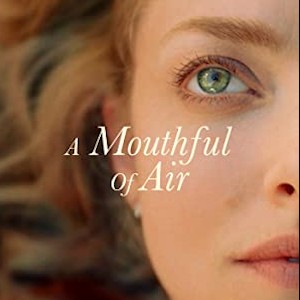 I’m grading this movie on its technical and artistic merits. Because if I graded it on how it made me feel, I’d give it an F. Maybe that was the point — to make the audience feel like crap.

Plot (Spoilers)
Julie Davis writes bestselling children’s books about unlocking your fears, but has yet to unlock her own. When her daughter is born, that trauma is brought to the fore, and with it, a crushing battle to survive.

Before the movie begins, there’s an on-screen warning — perhaps too late at that point — to the effect that the subject matter could be a trigger for some people with depression. No shit! It’s a trigger for people who don’t suffer from depression too. The only positive thing I got out of the movie was: I’m glad that’s not my life. And if you do suffer from depression/PPD, then I guess the message is you’re not alone.


Heaps of credit must be given to the writer/director Amy Koppelman. She did a great job pacing the movie, adding tension at the right places, and directing Amanda Seyfried in an outstanding performance.

The role of Julia called for an actress who has full command of expressions. All of the important communication in this movie was done non-verbally. In fact, I would recommend to any aspiring actor to watch this movie on mute. Just watch the expressions. They tell a complete story. Dialog is superfluous.

If you choose to see this movie (and at this point, I have to wonder why would you?), then just know that you’re in for an emotional beating. Maybe watching it together with someone to share the sorrow would help.

About The Peetimes: My priority was to avoid the most important emotional scenes. Not easy to do in a movie where a simple scene can say a lot. I think the first two Peetimes are pretty good. I wouldn’t recommend the third, but at least it’s easy to summarize.

There are extra scenes during, or after, the end credits of A Mouthful of Air. (What we mean by Anything Extra.)

chevron_left Best Movies to Improve French Easily
Is there anything extra during the end credits of A Mouthful of Air? chevron_right