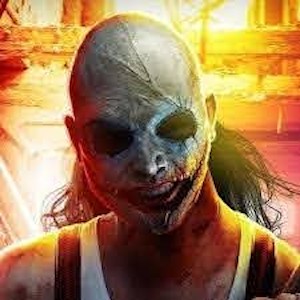 Clownface is awful. Just plain awful. Usually when I watch and review a film I sit with a notepad and pen and watch it through. Then, while I’m writing up my notes I’ll have the film playing again in the background. The second time it doesn’t always play through, as I may want to watch a particular scene a few times, and sometimes I’ll jump back and forth.


I haven’t been able to face watching Clownface again.

There’s no real story other than some nut case turns up swinging an axe and abducting women. No attempt at a backstory, no reason how or why he picks his victims, no explanation of how he’s managed to stay free, fed, and sheltered for so long.

The acting is appalling. I can’t think of anyone in this who I can bear watching again. Some were awful all the way through, but others did manage a couple of believable phrases.

And there were technical faults. There were scenes in a coffee shop where the actors behind the counters were perfectly audible, but the ones playing the customers sounded like they had buckets on their heads.

One big faux pas for a film of this genre was the fake blood. There have been plenty of slasher movies over the years which have played up to the “was that real” controversy. There is no way that anyone would think for a second that Clownface had spilt real blood unless everyone had been suffering dreadfully with jaundice… it tended toward an orange colour.

So… poorly acted, no story, badly shot, and rubbish effects… I wouldn’t bother if I were you.

chevron_left Indie Movie Review – The Retreat
Is there anything extra during the end credits of The Croods 2? chevron_right