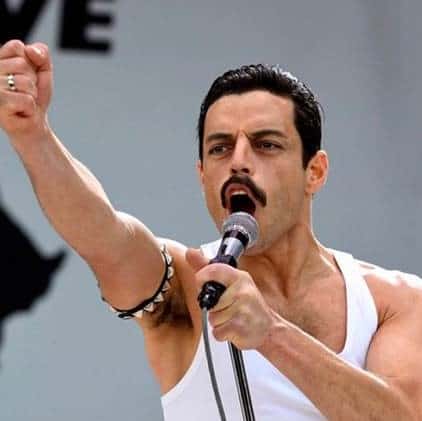 If you’ve seen Bohemian Rhapsody, you may be wondering if you’re hearing Rami Malek’s voice during the musical numbers. The answer is a little bit “yes” and a little bit “no.” As amazing as Malek’s voice is, we’re talking about duplicating Freddie Mercury here. No small feat. There’s no shame in being one of a chorus of voices needed to recreate the masterful range of Mercury.

In an interview with Metro USA, Malek confirmed he did sing some of the songs. Malek said, “It is an amalgamation of a few voices. But predominantly, it is my hope and the hope of everyone that we will hear as much Freddie as possible.”

The mixed vocal doesn’t feature on the film’s soundtrack, which is solely of original Queen recordings.

1 thought on “Did Rami Malek Sing In Bohemian Rhapsody?”