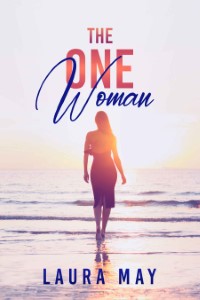 Numerous best-sellers and underrated books are asking to be made into movies. Therefore, if you have some free time, read these works of art and cross your fingers with us that they will be adapted.

Read the story of the right person, wrong timing in the latest book by Laura May.


Despite the several lenses Julie uses in her work as a graphic designer, her life and her relationship with her boyfriend Mark are regular. Until Ann shows up. Ann is lovely, pleasant, and successful. It’s difficult for Julie to argue against the chemistry they felt. Their paths will intersect in Barcelona, reigniting the spark. Julie is forced to decide between her love for Ann and her loyalty to Mark when tragedy strikes. Can true love endure under unfavorable conditions? Find out in The One Woman by Laura May writer.

When Sara Foster leaves her house at age 16, she leaves behind the girl who was capable of connection and trust. Years later, in Los Angeles, she is a highly sought-after bartender who is recognized for both her outstanding cocktails and the mystery that surrounds her. Emilie Dubois, who lives on the other side of the city, is in a holding pattern, desiring the beauty and sense of belonging her Creole grandparents fostered but unable to commit. She decides to work as a floral designer at the upscale eatery Yerba Buena on a whim.

At their initial encounter at Yerba Buena that morning, Emilie and Sara click. However, Sara’s old life eventually catches up with her, upsetting everything she thought she wanted, just as Emilie has at last found her own sense of direction.

The meek prince of Arasht, Kadou, gets into a fight with one of the most important diplomats at court—the biological father of the queen’s new child—and is humiliated as a result.

With the assistance of his newly chosen bodyguard, the icy-looking Evemer, who at best seems to tolerate him, Kadou investigates a break-in at one of their guilds to demonstrate his dedication to the queen, his sister. In Arasht, where myth and history coexist and princes may touch and taste rare metals with their fingers, counterfeiting is forbidden, and the plot they uncover could destroy the kingdom’s economy.

Cassie Klein doesn’t intentionally go hunting for a hookup when she leaves her school’s Family Weekend and enters an off-campus pub. It just occurs. What should be a simple, amazing one-night stand ends up being a stranger I bought a drink for. But when morning comes, her friend forces her to go meet her mom, the attractive older woman Cassie slept with.

Instead of having a one-night stand with a college senior, Erin Bennett attended Family Weekend to spend more time with her kid. To be fair, when they first met, she was unaware that Cassie was a student. Even worse, the next morning, Erin’s kid invites Cassie to breakfast. And in spite of Erin’s better judgment—how could sleeping with your daughter’s friend be anything other than bad?

What was supposed to be a one-time fling turns out to be difficult to ignore, and soon Cassie and Erin are sneaking around. Worst of all, they begin to comprehend they possess something genuine. But would it be worth it for them to be open about their love?

The anonymous narrator is a gay guy who traveled to Florida to care for his elderly parents during the height of the AIDS epidemic. After they passed away, he discovered that he was stuck there and unable to escape. He describes the humiliations of becoming older in a tiny village with grim humor.

The narrative of his friendship with Earl, whom he met while cruising at the neighborhood boat ramp, is at the center of the book. He’s been coming to see Earl for twenty years, and they watch old movies and talk about the neighbors. He can only be really himself around Earl in this town. Now as Earl’s health is deteriorating, our misanthropic narrator must deal with the knowledge that once Earl passes away, he will be all by himself. He uses sexual encounters at the video porn shop and trips to Walgreens as diversion. Along the way, he offers observations on disease and death that are both humorous and upsetting.

Lena, a medical school dropout, is in desperate need of a job—any job—to support her parents, who are on the verge of going bankrupt after her father was hurt and fired almost simultaneously. The legendary and mysterious Verdeaus are one of Boston’s most affluent families, so when she is offered a job there against all chances, she feels she must accept—no matter how weird the interview or the job description.

She works as the family doctor’s assistant during the day, helping him care for Jonathan, the sickly, poetic, and inebriated heir to the family business who is as challenging as his disease is puzzling. By night, Lena learns about the darker side of the family as she stays late to assist mask their destructive tendencies at their extravagant parties…and attempting to stay away from Audrey, Jonathan’s seductive sister. But when Lena learns that the patriarch of the Verdeau family is to blame for the dissolution of her own family, she swears to exact revenge. This poisonous quest drags her deeper into this hedonistic world than she ever imagined, forcing her to choose how much—and who—she is willing to give up in order to exact revenge.

chevron_left Is there anything extra during the end credits of Violent Night?
Movie Review – The Fabelmans chevron_right