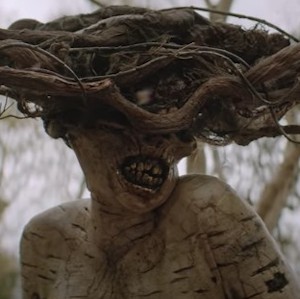 Everyone likes to watch a good horror movie every once in a while. Short horror films are no exception!

In fact, the shorter films tend to creep out more audiences within a short span of time, with some going as far as freaking out the least-brave movie-goer more than a full-length horror flick.

So, are you feeling adventurous tonight, and want to catch a horror film (or two, or three)? If you said “yes,” then you’ve came to the right place!


Here are 6 of the best short horror films you can check out, whether you turn the lights off for your enjoyment, or leave them on for your comfort.

Ever wanted to get back at your bullies by summoning a demon? Then The Birch is for you!

“The Birch follows a young boy who is bullied in school,” says Therese Blanchard, a movie blogger at OXEssays and Essayroo. “But things take a horrific turn, when he summons an ancient being in the woods with a spell, in hopes of getting back at his harasser. In short, the movie has a unique storyline from beginning to end, despite its 4-minute runtime.”

(The following content has been identified by the YouTube community as inappropriate or offensive to some audiences.)

Inspired by the theme of things going bump in the night at 3:07 AM, The 3:07 AM Project is a short-film anthology of short stories from four of indie horror’s top directors from around the world. These one-minute stories range from the found footage genre (made famous by The Blair Witch Project), nightmares-come-true, a one-shot slow burn jump-scare, and a creepy investigation taking place in a shipwreck.

Imagine knowing that something is lurking around when the lights are out. Well, that’s the premise of this film. Lights Out – a 3-minute Swedish film directed, produced, and written by David Sandberg – plays on this fear of one being afraid of the dark, to which there are things lurking around when the lights are out. The film even inspired a full-length movie of the same name in 2016.

CreepyPasta had spawned a cult following, thanks to controversial stories like the one with Slenderman. However, there is also the one about the Smiling Man. But who is the Smiling Man?

Well, this 2013 short film – directed by Michael Evans in 2013 – is based on the Reddit phenomenon that not only scared Internet audiences, but also captivated them with its uncanny premise. In fact, Evans goes as far as taking a creepier approach in the storytelling.

Actor Paul Foltz plays the infamous Smiling Man, bringing a stunning sense of mischief to the role chooses with improvised misshapen movements that are sure to creep out viewers, and be wary about taking a stroll late at night.

“Most people might know of the folklore and tales of the game Bloody Mary,” says Isabel Lees, a journalist at Dissertation Writing Services and Custom Essay Writing, “but this 2016 short film, directed by Alexander Ronnberg, takes it a step further. “The film lacks any kind of soundscape; but that’s intentional, because it builds up the tension. It also uses the typical horror tropes and clichés, as well as looming camera movements, to better illustrate how dangerous the game can actually be, to the point where viewers may think once before looking into a mirror again.”

As mentioned before, The Blair Witch Project had made the found-footage genre possible in the filmmaking industry, giving up-and-coming filmmakers a chance to produce wildly-successful (or mediocre) movies based on said genre. But with The Cop Cam, that film takes the found-footage approach to another level, by making it as if viewers were playing a first-person video game, to create an in-person experience through an abandoned house, following an emergency call. Although the story might be mediocre at best, it still delivers on suspense and scares for any fan of the found-footage film genre.

While horror films continue to dominate as one of the most successful movie genres in the movie-making industry, let’s not forget about the horror shorts. In fact, horror shorts get most of their deserved recognitions in film festivals.

Whether you watch these six horror films for free on YouTube, or find them elsewhere on the Internet, they’re a must-see… even though we can’t promise that you’ll hide under the blankets afterwards. (Sorry!)

Katherine Rundell is a writer and editor at Write My Dissertation and Cheap Essay Writing. She is also a contributing writer for Write my college paper. As a professional writer, she specializes in various topics, and create unique and exciting content.