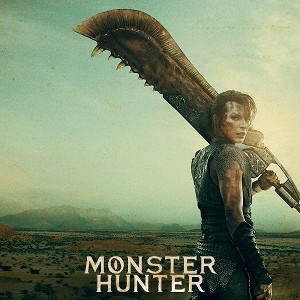 I’ll get right to it: this movie isn’t worth seeing in a theater. If this movie came out in the 1980s the special effects would have been impressive. Today? Not so much.

You get what you would expect from Milla Jovovich. There’s some cringe-worthy dialog early in the movie that no actor could make work. Fortunately, I think they must have lost the script in a sandstorm while filming, because after the first 15 minutes the rest of the dialog in the movie could be written on the back of a napkin.


I’d like to give Milla props for taking such great care of herself. She looks amazing for 45. I just wish she could land a role in a decent, well written, movie.

Milla has been in 22 movies going back to Resident Evil: Apocalypse, from 2004. Of those 22 movies only two have a critics score on RottenTomatoes above 60% — Paradise Hills (64%), and A Perfect Getaway (62%). And only one of those, A Perfect Getaway, had an audience score over 60%. I’ve seen a majority of those movies and I can tell you she’s not a terrible actress. I’m not going to try and convince anyone that she’s great, but the dialog she almost always has to work with sucks. I’d just love to see her in a role that challenges her with decent writing.

chevron_left Is there anything extra during the end credits of Fatale?
The Big List of Movie Updates for 2021 and Beyond chevron_right