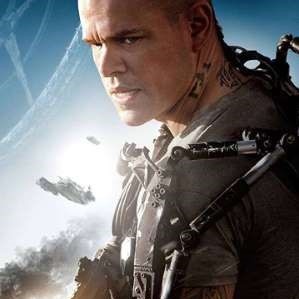 In case you haven’t noticed, I’m a huge scifi fan. That means I’m really hard on scifi movies. They have to be outstanding for me to give them a good rating. Unfortunately Elysium orbits a long, LONG, way from outstanding. If you’re not a particularly big scifi fan then you may not notice the plot conveniences that make this story possible.

Aside from a lackluster story, the movie is pretty good. It’s visually impressive, from the unending slums of Los Angeles to the paradise of Elysium. The fight scenes were better than average, even though the style of the fight scenes is mostly just brutal punching and kicking. There’s nothing elegant about it.

Overall the acting is quite good and Matt Damon is, rather predictably, top notch.


The directing and editing of the movie is good. I never thought the story was dragging on too long. Most importantly, the story is easy to follow. When some important information about how things work is delivered, it’s done very obviously.

As I mentioned, my gripe about the movie is about all of the conveniences that make the story possible. Such as: they have been plotting to brain-jack someone from Elysium for a long time, and the first time they do it they end up with someone with absolutely unique information that could alter everything about how Elysium works?

And I didn’t understand how the the businessman wrote some computer code, but it was only in his head? We saw it on the monitor. He couldn’t just email it to Elysium? 🙂

And they downloaded the information from the businessman’s head, which didn’t kill him — well, the guy died, but not because of that. But later when they have to download it from Max it’s going to kill him. What? How’s that work? It isn’t like they have to remove something from Max. They’re just reading something in his brain.

And the medical regeneration pod-thingies were ridiculous. They did a decent job of realism on most everything else, but those medical pods worked way too fast and it was more like magic than technology. They should have come up with a more believable medical pod.

About The Peetimes: Both peetimes are pretty good. They both contain scenes that lead up to important action and plot development but you’ll have plenty of time to return to your seat before anything important happens.

There are no extra scenes during, or after, the end credits of Elysium. (What we mean by Anything Extra)