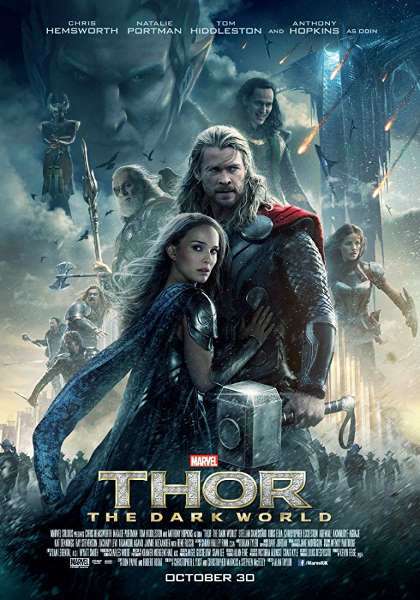 Yes, there are extra scenes during, or after, the end credits of Thor: The Dark World.

The first credit sequence rolls, then there is a teaser scene trying to set up the next movie. It features Benicio Del Toro. The full credits roll for about 6 minutes, but don’t leave yet! There is one last scene between Jane and Thor.

We have 3 Peetimes for Thor: The Dark World. Learn more.

About The Peetimes
I think the first peetime is best. It’s a pretty scene but one that is easily described and there is almost no dialog.

The second peetime is mostly character moments and dialog between Thor and Loki.

The third peetime is mostly action.