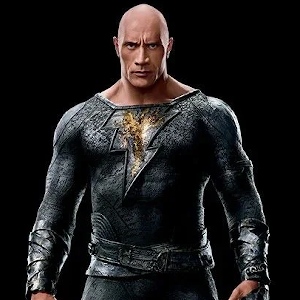 Finally, Dwayne “The Rock” Johnson is a superhero! It was just a matter of time before he suited up for either the MCU or DCEU. Personally, I’m an MCU fan, but I’m glad he’s joining the DCEU because no one could do Black Adam justice besides The Rock.

Who is Black Adam?

Black Adam ranks alongside Superman in terms of power. He is the original champion of the wizard Shazam. But, unlike Shazam, Adam’s moral compass isn’t constrained to one direction. Like if Deadpool and Superman had a love child.

Black Adam is directed by Jaume Collet-Serra, who also directed Johnson’s Disney movie, Jungle Cruise. It’s always a good sign when actors work again with the same director because it means they didn’t hate each other the first time around. 🙂 However, looking at the IMDb rating for all of Jaume’s previous films shows nothing rated higher than a 6.9, which was Non-Stop with Liam Neeson and Julianne Moore. Fingers crossed that the source material Jaume has to work with here will push this movie over the top.

Adam Sztykiel, Rory Haines, and Sohrab Noshirvani wrote the film’s story. None of them have much work behind them and nothing really stands out so the script quality is definitely an unknown.

Black Adam premieres in the United States on October 21, 2022. The film was originally scheduled for a December 22, 2021 release, but those plans had to be abandoned due to… You know why so don’t make say the words. 🙂

Besides Dwayne Johnson, the cast of Black Adam will include a number of classic DC characters played by Noah Centineo (Who starred in nothing I’ve ever heard of before.), Aldis Hodge (Who has been in many quality movies, such as Hidden Figures and Straight Outta Compton), Sarah Shahi (Who appeared in 7 eps of Alias back in 2002, but otherwise not much of note.), Quintessa Swindell, and Pierce Brosnan (If you don’t know, he’s been around. A lot.). Other cast members include Marwan Kenzari, James Cusati-Moyer, Bodhi Sabongui, Mo Amer, and Uli Latukefu, whose roles have currently not yet been revealed.

Despite the movie’s relationship with Shazam!, Levi and Asher Angel won’t appear as Shazam and Billy Batson, respectively. But don’t be surprised to see them in a post-credits scene. Especially since Shazam! Fury of the Gods is slated to release just a few months later on December 21, 2022.

Characters, so far, in Black Adam

According to IMDb there are still a number of actors who don’t have associated character names.

Dwayne Johnson as Black Adam is, obviously, the main character of the movie. Born as a slave named Teth-Adam in the nation of Kahndaq, Adam is a brave and fundamentally heroic person. But despite his good intentions, he’s a ruthless warrior who would destroy anyone who gets in his way without a second thought.

The movie will also see Shahi play Adrianna Tomaz, a university professor and resistance fighter in Kahndaq. In the comics, Adrianna eventually becomes the superhero called Isis and marries Black Adam. She is responsible for tempering Adam’s violent tendencies and pushing him toward more heroic paths.

Black Adam will also feature the Justice Society of America, a multi-generational team of superheroes who were the predecessors of the Justice League. The JSA has had a massive roster of heroes in the comics (including Adam) but only a handful are going to appear in the movie.

Centineo will be playing Atom Smasher, a JSA member with the power to change his size and density. Adam Copeland played a version of the character in Season 2 of The Flash.

Hodge will appear as Hawkman. The leader of the JSA, Hawkman is the reincarnation of an ancient Egyptian prince. In this life, he’s an archaeologist who can fly using wings made out of an alien material called Nth metal.

Swindell plays another JSA member known as Cyclone. She’s the granddaughter of the original Red Tornado. Cyclone has the power to control wind and sound.

Pierce Brosnan puts the exclamation mark on the movie’s JSA roster as Kent Nelson/Doctor Fate. Nelson is the son of an archaeologist who was chosen by the Helmet of Fate to become a magical superhero and defend the world against the forces of chaos.

During Adam’s time, Kahndaq was an oppressive nation that used magic and sorcery to enslave parts of its population. But once he became the Champion, Adam used his power to liberate his people and rule Kahndaq as its king.

He was originally a hero but after his family was killed, Adam turned to darkness and unintentionally released the demons known as the Seven Deadly Sins. He was then imprisoned for his crimes and Black Adam will see him return from his prison after 5000 years, determined to return Kahndaq to its former glory.

Since the specific plot of the movie is unknown this is purely speculation, but the movie will probably feature Black Adam establishing a new kingdom in modern-day Kahndaq. The trailer clearly shows his conflict with the Justice Society and the ensuing chaos between Adam and the heroes. Likely, a bigger threat will arise, causing the heroes to band together to save the world. You know, the basic plot of about one-quarter of all superhero movies.

Well, duh! But nothing official, yet. An announcement will probably come shortly after the money counters finish their work after opening weekend. In 2017, Johnson let it slip that there were plans to have Adam face off against Shazam in a future film. And, Superman actor Henry Cavill also teased a possible crossover between Black Adam and the Man of Steel in the DCEU’s future. His exact words were, “There is definitely some kind of work towards that.”

chevron_left Is there anything extra during the end credits of Nope?
Best Of British Biographies – David Warner chevron_right