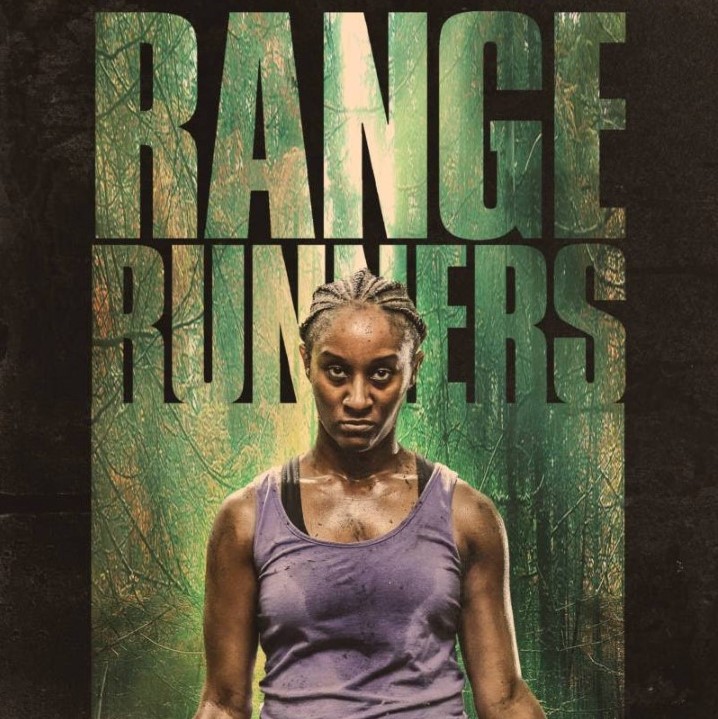 As a life-long avid hiker who seriously plans to through-hike long distance trails in the next few years (including The Pacific Crest Trail, The Appalachian, and El Camino in Spain), I’m picky about what is shown in ‘hiking movies’ or when people are plain stupid in the wilderness. The guy in Into the Wild didn’t have to die — there was help in several directions if he’d brought a simple topo map.  In Wild, I wanted to chuck my hiking shoes at the girl in question, who didn’t do her research and shouldn’t have been out there.

The Way, on the other foot, was a good illustration of the kind of experience and communal feel that develops along a thousand-mile trail.


Range Runners was a decent addition to the hiker sub-genre. Mel (an intense Celeste M Cooper) wasn’t on a long-distance trail to make friends or have a spiritual experience. She was an ultralight packer, hoofing it to make good time. Lots of through-hikers pack light and travel fast. It’s a very long walk if you don’t run! If you travel well, you can avoid winter in the mountains at each end.

But that’s not what’s driving Mel. Like a lot of people who go for this kind of life-changing experience, she had mental demons to slay. It makes sense within the story without pounding you over the head with it. A few childhood flashbacks sets this up, and there’s some excellent use of her sister in surreal scenes. Some parts of Range Runners reminded me of The Hunger Games, which is never a bad thing.

Of course, there’s going to be conflict and adventure in a thriller like this. In this case, it’s really not her haunted past, and there are no dangerous animals. Of course, the villains are other people. What makes it especially uncomfortable is that Mel got on their radar by being helpful and kind to someone with poor shoes and blisters.

The bad guys are well acted, and Sean Patrick Leonard in particular is so creepy that he might keep you from hiking alone forever. His Wayland was a terrible person, and Jared (Michael B. Woods) was the kind of spineless accessory seen all too often in real life.

While there’s no rape (at one point it seems to be going there), there’s one gruesome evisceration that was unnecessarily…um…’visceral’. The movie didn’t need that. They threw actual guts in because they probably felt it made a neat effect, but it detracts from the established tone.

Tone can be a problem in smaller indie films. At least that’s the only major misstep.

It’s like giving a film an R Rating because they say one dirty word. This would have made a good PG-13 on its own. Being an R film doesn’t equal cool. Commit to being R or relax into PG-13-ness. This might be why Range Runners is officially unrated.

GO HOME! My god, what are you thinking?

There’s a tense fear throughout Range Runners, but after Mel has her first real run-in with the bad guys, I don’t know why she didn’t evacuate. GO HOME! GET OUT OF THERE! WTF ARE YOU THINKING?

Instead, she stalks the men to get her pack back. She’s either incredibly stupid, or just doesn’t care anymore. You lose your gear, you go home: simple. You get to a street, then to a town, and phone someone to come get you. Game over. Your gear is your life on the trail.

Eventually, after breaking enough bones, Mel does try to self-evacuate, but at a terrible cost. It doesn’t work out so well for her. As one would expect in a thriller like this.

Is Range Runners worth seeing?

For a low budget indie, this was surprisingly good. Celeste M Cooper does a worthy job carrying the entire movie on her narrow shoulders (even though she should have evacuated after the first encounter). But there’s a nice buildup of dread and anxiety, set amid the gorgeous trees and mountain views along this isolated trail.

If you get a chance to see it, this long-haul trail thriller is worth the hike.

PS: I’m available as a hiking consultant for movie writers with wilderness survival and outdoor recreation as a theme. I was a Wilderness Guide for 15 years. And an enthusiast for 50.

chevron_left Is there anything extra during the end credits of Bill & Ted Face the Music?
RunPee Weekly Newsletter 25th edition (September 2nd, 2020) chevron_right