There are extras during the end credits of Family Camp.

The credits begin with the cast singing and dancing to a song.

Following that is a sequence of bloopers from the movie.

And then after the end credits is a short extra scene. 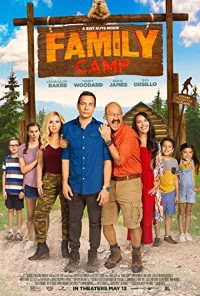 About The Peetimes
This is a limited-release movie and not showing near us. But one of our awesome fans saw it and gave us the information about Anything Extra during the end credits. So we’re including that here in the database.

Plot
When two polar-opposite families are forced to camp together, the dads struggle to hold onto their families and marriages as they compete for the coveted camp trophy.