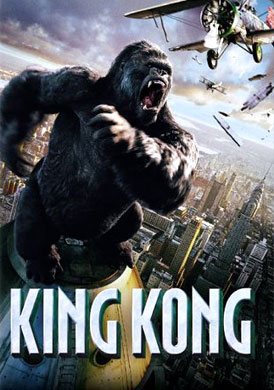 The inspiration for RunPee came after watching the 2005 Peter Jackson remake of King Kong — a 3+ hour long movie. By the end of the movie we were in agony with the need to pee. So much so that we couldn’t enjoy the ending. All I could think was, “When will this ape die so I can go to the men’s room?”

It was opening night for the movie. As we — me and my then-wife, Jill Florio — left the theater, we saw lines of people queued up to watch the next showing and said to each other, “We should tell them —  since it’s such a long movie — they should run and pee during that gross giant bug scene. It has nothing to do with the rest of the film – it’s the perfect time to go.” Of course I’m not gregarious enough to suggest to strangers when they should pee, so Jill and I had a lot of fun talking over the idea, and left it at that. (Jill IS that gregarious, and came darn close to announcing to all and sundry right there that the bug scene was time to run to the toilet!)

Over dinner that night, we discussed the possibility of making a website for it. And then basically forgot about it for two years. I was working at Microsoft at the time and a little too busy for side projects.

In 2008 I quit my job at Microsoft (XBox division) to become a freelance developer. Now, having Microsoft on your resume is a pretty good start, but I needed something a little more concrete to show potential clients. I also needed to pick up a few new programming skills, namely PHP/MySQL. That’s when the idea for RunPee came back to me. I could create the website and the admin needed to add/edit the data, and use that as an example to show potential clients. For the next 4 months I spent my free time building RunPee.com.

I must confess, I never, in my wildest dreams, thought that RunPee.com could actually become anything more than a novelty. It was just a fun project to work on and test out my new programming skills.

I attended a conference late that summer and the organizers allowed me to go up on stage and present RunPee.com to the attendees. Afterward, everyone thought it was genius and congratulated me. Also, no one used it. RunPee.com sat largely ignored for the next 9 months.

As spring 2009 rolled around I thought, You know, I should give RunPee.com another shot. So, I made an effort to see as many movies as I could each week and add Peetimes. One afternoon I was over at my mother’s, talking about RunPee, and she suggested I call into a live TechTV show hosted by Leo Laporte and tell him about it. Okay, the show was on, so I called in. The producer answered and I told her about RunPee.com. Leo came back from a commercial break, laughing, and said, “I have to share this website with you…”

That was the first media mention that RunPee.com ever got. It wouldn’t be the last. The next few weeks were exhilarating.

Here’s what happened: someone listening to the TechTV show made a comment on Dave Barry’s blog at the Miami Herald. Dave read the comment and loved the idea enough that he wrote a short entry about it, basically saying: “this is why I love the Internet, because crazy things like this exist.”

Art Silverman, the producer of All Things Considered on NPR, is a fan of Dave Barry and read that article. Next thing I know — this is just a few days after the TechTV thing — I get a call from Mr. Silverman asking me if I’d like to come on the show and do an interview. A few days later I’m sitting in a soundproof box at the LA studios for NPR doing the interview.

I was doing five, ten, a dozen interviews a day — mostly radio. I remember that after doing interviews all day I had to set my alarm to wake up at some god-awful hour like 4:00 AM to do an interview for a radio station in South Africa.

And all this time everyone on social media is screaming at me to make a mobile application.

Problem: I’m a developer, but at this time I didn’t know how to make a mobile application. Especially one for iPhone, because I’m a PC user. So, what to do? I want to get on this ASAP, but it’s going to take a year to learn enough to build an app for iPhone. (This is before Android existed.)

Through a loose string of connections, I met a couple of men who created a startup for building mobile applications for athletes. RunPee wasn’t exactly in their wheelhouse, but it was the sort of idea that excited them. One of the investors in this startup was Jordan Palmer, brother to Carson Palmer, both of whom were quarterbacks for the Cincinnati Bengals.

We form a partnership, and they got busy building the RunPee app for iPhone. About six weeks later, on the 4th of July, it’s in the App Store. It did okay for the first few months or so. But we really needed to make a splash and get more people talking about RunPee.

As fortune would have it, the HBO series Hard Knocks was set to highlight the Cincinnati Bengals that year. (Hard Knocks is a behind the scenes look at training camp, from the POV of one team each year.) Now think about all the things that have lined up at this point: the randomness of building RunPee just to improve my programming skills; calling into TechTV; a listener just randomly commenting on a blog, which turns into an article, which gets the attention of NPR, which leads to world-wide coverage. And now, the guys who are building the RunPee app for me just happen to have an investor who is a professional quarterback on the team that is about to be covered in-depth by Hard Knocks. Seriously, if someone made a movie of this, you couldn’t convince me that it wasn’t 90% made up.

But now there’s a slight problem. We really want to use Hard Knocks as a platform to get the word out about RunPee, but how? I mean, if Jordan Palmer goes to the producer and says, “Hey, I’m invested in this startup that has built this RunPee app for this guy, blah, blah, blah,” the producer is going to say, “Yeah, that’s really cool. And not really related to the show.”

But, what if Jordan and his brother do the interview together? And instead of saying, “this guy” (me) they say, “we.” (Letting the producer, and the viewers, infer that we means Jordan and his brother Carson, when it actually means me and his company.) I mean, it isn’t a lie. We did these things together. How can we be blamed for the ambiguity of personal pronouns in the English language? 🙂 (Note: many languages have constructs that avoid this ambiguity. Thankfully, English isn’t one of them.)

So, Jordan and Carson do the interview. The producer and editors take the bait, and the interview makes it past the cutting room floor.

The show airs first in the Eastern time zone. We got so much traffic the server crashed.

Mountain time zone: actually, we survived that one because it’s the least populated zone.

(Note: so much traffic that the server crashes is a good problem to have.)

That’s the origin story of the RunPee app.