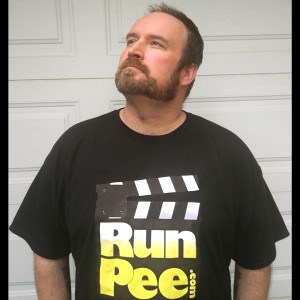 Living in Minnesota, USA all my life, long cold winters tend to drive people to find entertainment of some kind. I am no different. All my life I would call myself a geek, gamer, and movie/television lover.

Gamer, what type? All kinds… arcade, video games, console games, computer games, card games, board games, and role-playing games. What does this have to do with movies? Stick with me. Being around gamers and being a gamer since I was a young child. Role-playing games helped me want to be in the stories, help guide them, or play a character in them. Of course, at a young age, you often play it as if “you” are in the story or how you think your “hero” would do it. We all naturally start there. As I got older, I wanted to explore the character motives and evolve them as time moved on, play them differently than myself, or explore the darker side. I can understand why writers and actors enjoy playing around with stories. So why didn’t I try my hand at those things?

Reading and writing have never been my strong point. Having a learning disability (I jokingly say “hooked on phonics DIDN’T work for me”) made it that I steered clear of doing them both as much as possible. I know some people tackle their difficulties to overcome them. It’s not that I haven’t worked on it, but it made it that audio and video were much more my preferred method of entertainment.

So if my spelling or grammar is wrong. I apologize ahead of time. I honestly lean into spell and grammar checkers. They’re not always foolproof. I sometimes even confuse them with what I’m trying to type. LOL! So please understand writing this stuff, I’m going to be a little out of my comfort zone. And hopefully, a content editor might also catch some of my oopsies. Moving on.

Growing up, sci-fi, fantasy, comedy, and action have always been my preferred genres. Getting older, who doesn’t love a good horror movie once in a while, or for that fact, a good drama. In any case, I’ve seen a lot of shows and movies over the years. Watching so many stories, you start noticing patterns. Patterns that will hopefully help with this RunPee experience.

I’m also a frequent watcher of behind the scenes and how they made that, in the disk extras. Trying to understand a little bit of the nuts and bolts of making films and learning storytelling 101. Like having a naive character around so the experienced character can explain to them (and the audience) what is going on or having MacGuffins (which is now a more commonplace term). So with those, I potentially could be more critical and come with a sharper eye towards the shows. So I’ll be a harsh critic?

There was a point in my life where I was exposed (or forced, no that is too harsh) to a lot of “B” horror movies. Instead of sitting there complaining the whole time, ruining the movie and enjoyment of the people I was with. I decided to look at them with a different lens. Is the story they’re telling interesting? Are they just delivering it very badly? Or is it just bad all around? Filmmakers of any budget are still trying to tell a story, either through drama, visuals, or something. Come on, we’ve all seen some big-budget movies that were bad. Low-budget horror isn’t the only one that can do that. So I changed my point of view.

To the annoyance of some now, I am usually easy-going about films and give them a lot of slack and try to enjoy some aspects of them. Art, films, shows, basically everything, is subjective. One person’s trash is another person’s treasure. A lot of people worked hard to make what you’re watching. If you can’t enjoy them for what they present to the audience, at least try to enjoy them by laughing at their bad effort.

Does that mean I can’t be critical of movies? Of course I can. Definitely get nitpicky about parts of movies sometimes. Overall I try to just go in and let them tell me their story.